Ahead of the crucial Bhabanipur bypolls, West Bengal CM Mamata Banerjee on Monday, visited the constituency's Sola Ana Masjid to seek blessings for her victory 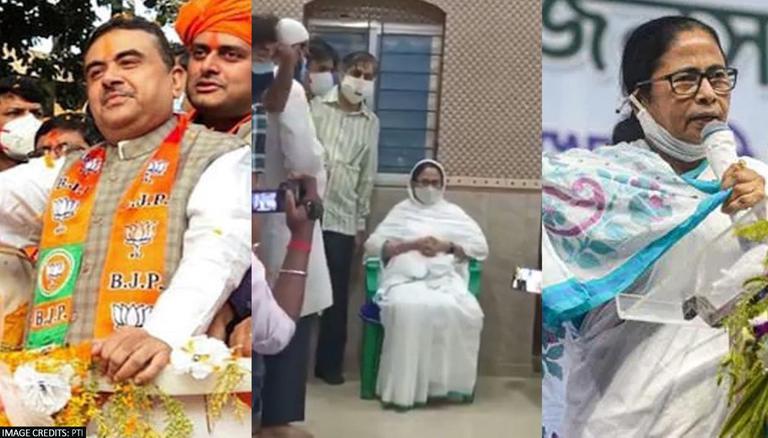 
Ahead of the crucial Bhabanipur bypolls, West Bengal CM Mamata Banerjee on Monday, visited the constituency's Sola Ana Masjid to seek blessings for her poll victory. Bhabanipur - Mamata's home turf - has been electing the Trinamool chief since 2011. By-elections in Bhabanipur, Samserganj and Jangipur Assembly Constituencies in the state are scheduled for September 30.

Commenting on Banerjee's sudden visit, BJP's Suvendu Adhikari said, "BJP candidate Priyanka Tibrewal got such a good response on first day of her campaign that it forced Mamata Banerjee to start her campaign from a mosque. It clearly shows as to votes of which section she is relying on to rule Bengal and to win Bhabanipur". BJP's Priyanka Tibrewal who will face the 3-time CM filed her nomination on Monday.

Taking on Mamata Banerjee, BJP chose its Bengal youth wing vice-president - Priyanka Tibrewal to take on the Trinamool chief at Bhabanipur. Anointing herself as 'Bhabanipur's daughter' as she was born and raised there, Tibrewal had said, "Bhabanipur nijer meyekei chaay" (Bhabanipur wants its own daughter), similar to Mamata's own Bangla nijer meyekei chaay" (Bengal wants its own daughter). Tibrewal - who is BJP’s counsel in the post-poll violence cases in the Calcutta High Court - successfully secured a CBI inquiry into the alleged murders and rapes during the post-poll violence in Bengal. Tibrewal had lost the Kolkata civic polls in 2015 and lost Entally seat in 2021 to Swarna Kamal Saha by more than 58,000 votes.

Lat week, the Election Commission of India (EC) announced that it will hold by-polls only at Bhabanipur on 30 September, upon the special request of the state government. Moreover, it will also hold polls in Bengal's Samserganj and Jangipur and Odisha's Pipli where polls were deferred due to death of contesting candidates in May. Bhabanipur - which is Mamata Banerjee's constituency - is currently vacant after MLA Sovandeb Chatterjee resigned after winning the seat. As Banerjee had lost her poll battle from Nandigram, defeated by BJP's Suvendu Adhikari, she has to be re-elected by November 5 to remain West Bengal's CM.