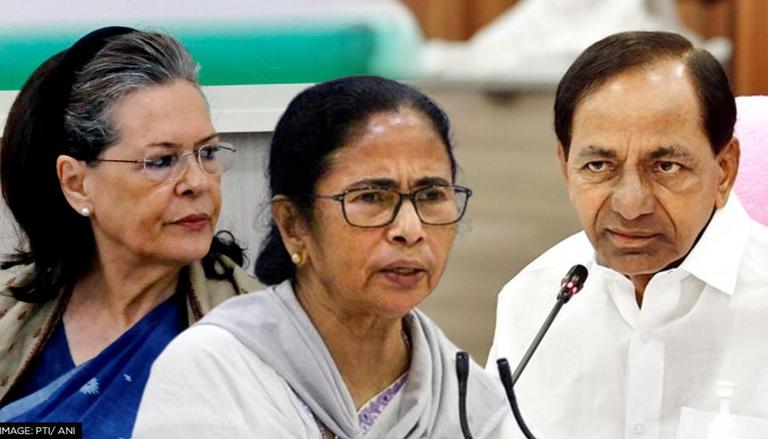 
As the Opposition seeks to put up a united fight against BJP in the Presidential election, West Bengal Chief Minister Mamata Banerjee has convened a meeting of various Opposition and 'non-BJP' parties to deliberate on the choice of a Presidential nominee. The meeting will be held today (June 15) in New Delhi and will have senior leaders from Congress and Left parties in attendance. Ahead of the meeting, TRS chief and Telangana CM K Chandrashekar Rao has decided to skip the meeting called by Mamata Banerjee, sources informed Republic.

TRS has now decided to pull out of the big opposition meeting. According to sources, the KCR-led party made the decision as Congress is taking part in the meeting. This move comes ahead of CM KCR’s plan to enter into national politics and launch a National Party named "Bharatiya Rashtra Samithi". Sources had earlier informed that the TRS was scouting for a role in the next Presidential polls from the opposition and had also met with political strategist Prashant Kishor in Hyderabad for a discussion.

According to information accessed, the big opposition meeting will have top leaders in attendance including the Chief Ministers of opposition-ruled states. TMC supremo Mamata Banerjee will chair the meeting at the Constitution club. The big opposition meeting ahead of presidential polls will be attended by leaders of 11 parties and probably more. Three parties – Shiromani Akali Dal, Biju Janata Dal and TRS – decided to opt-out, and more may as well. YSRCP has allegedly decided to support the NDA's candidate. Invites for Mamata’s meet were earlier sent out for a total of 22 opposition leaders.

PDP chief and former J&K CM Mehbooba Mufti is yet another big name likely to be in attendance. JDU’s HD Deve Gowda, RLD’s Jayant Chaudhary, Communist Party of India (Marxist) Sitaram Yechury and CPIM’s D Raja are other leaders likely to be in the attendance along with Samajwadi Party’s Akhilesh Yadav. Meanwhile, SAD’s Sukhbir Singh Badal and BJD’s Naveen Patnaik won't be attending the meeting, as confirmed earlier. Meanwhile, Republic also accessed images of the venue where the big meeting is set to happen. According to information accessed, close to 50 seats have been set up for the meeting of opposition party leaders. The meeting will take place at the Constitution Hall annexe and will be led by Mamata Banerjee. The leaders at the meeting are expected to deliberate on the next Presidential candidate and the possibility of backing one name to fight the BJP.