Manish Sisodia Responds To Alleged Lookout Circular Issued By CBI; 'What Is This Gimmick?'

Earlier today, the Central Bureau of Investigation issued a lookout circular against Manish Sisodia and 12 others accused in the Delhi excise policy scam case. 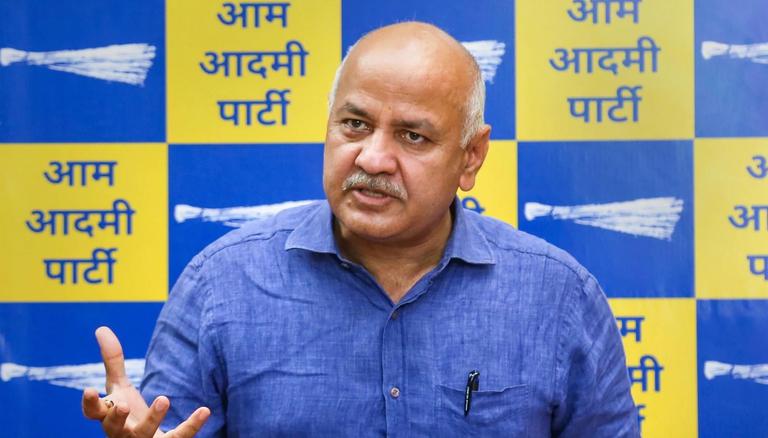 
Delhi Deputy Chief Minister Manish Sisodia on Sunday dubbed the alleged lookout circular (LOC) issued against him as a 'gimmick' of the Central government after the CBI raids at his residence 'failed'. The Aam Aadmi Party leader said he was roaming freely in the capital and is ready to appear whenever the agency says.

"All your raids have failed. Not a single paisa ki hera-pheri (fraud) was found and now you have issued a lookout notice saying that Manish Sisodia is not available. What is this gimmick, Modi Ji? I am roaming freely in Delhi, tell me where to come? I can't find you?" the scam-accused minister tweeted in Hindi.

As per reports, on Sunday, the Central Bureau of Investigation issued a lookout circular against Manish Sisodia and 12 others accused in the Delhi excise policy scam case. However, news agency PTI quoting CBI officials reported that the investigating agency has not issued a Look Out Circular "as of now" against any accused including Delhi Deputy Chief Minister Manish Sisodia in the excise policy scam case.

The CBI has filed an FIR against 15 persons, including Deputy CM Sisodia, in a corruption case related to the implementation of the Delhi Excise Policy. The agency on Friday raided 31 places, including the premises of Sisodia as well as some bureaucrats and businessmen.

However, the AAP leader has defended the excise policy as "one of the best" and accused BJP of conspiring to stop Delhi Chief Minister Arvind Kejriwal in the 2024 general elections.

Earlier today, Sisodia shared a video on Twitter, of then Gujarat chief minister Narendra Modi, criticising the CBI action against his government. In the video, Modi could be seen hitting out at the UPA government for "misusing" its agencies to harass the ministers of Gujarat.

"We knew that seasons change slowly, but even the winds are surprised by your speedy flip sir," tweeted Sisodia, along with the video.

Last month, Delhi Lieutenant-Governor Vinai Kumar Saxena recommended a CBI probe into the AAP government's revamped Excise Policy. According to an assessment report, the Delhi Excise Policy 2021-22 involved alleged violations and procedural lapses that led to a loss of over Rs 150 crore to the exchequer.

Following the CBI raids, Sisodia said he would cooperate in the probe to find the truth, which would be established in court. He said that nothing incriminating was found against him so far.