AICC general secretary in charge of Rajasthan Ajay Maken confirmed on Friday that a reshuffle of the Ashok Gehlot-led Cabinet will take place very soon. 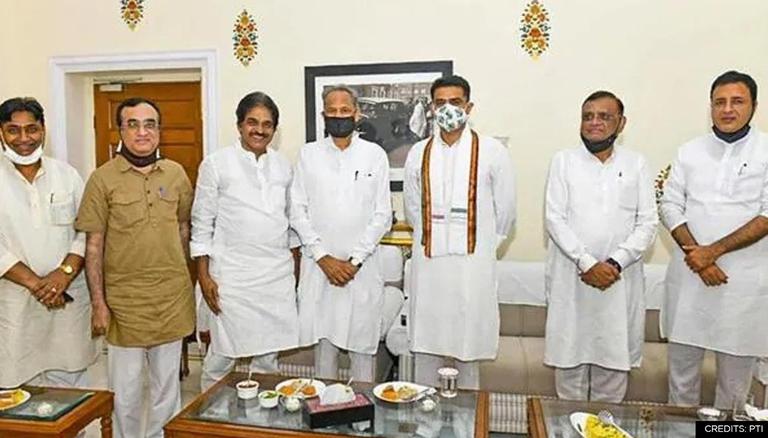 
AICC general secretary in charge of Rajasthan Ajay Maken confirmed on Friday that a reshuffle of the Ashok Gehlot-led Cabinet will take place very soon. Speaking to the media after a meeting of the Rajasthan Congress executive, Maken mentioned that he had spoken to 115 MLAs backing the government including Sachin Pilot and CP Joshi to ascertain their views on the manner in which the party can be re-elected in 2023. Moreover, he opined that all legislators had professed to have done splendid development work in their respective constituencies.

In a huge assertion, he said, "It is apparent that every person has his own expectations. But I am happy that I met many MLAs who told me that they are willing to leave the government posts to strengthen the party organization. They cited my example when I resigned as a Cabinet Minister in 2013 and became the AICC general secretary. I met many Ministers who expressed willingness to resign from the Cabinet and work for the party organization."

Maintaining that the deliberations over the Cabinet and political appointments are underway, he exuded confidence in the party winning the 2023 Rajasthan Assembly polls. Commenting on whether Pilot will be satisfied with the decision of Congress, the ex-Union Minister added, "Everyone has faith in the high command. Whatever the high command decides will be acceptable to all".  Interestingly, a day earlier, the Rajasthan Chief Minister advised the Congress MLAs to "forget and forgive". This was seen as an important overture towards the Sachin Pilot camp which has been sulking for the last few months.

After his initial rebellion, Sachin Pilot committed to working in the interest of the Congress party on August 10, 2020, after a decision was taken to form a three-member committee to resolve the grievances of the MLAs belonging to his camp. However in June, Pilot expressed dissatisfaction over his concerns not being addressed by the committee in the last 10 months. The Tonk MLA also reportedly indicated that a split in the party is imminent if no solution is found very soon.

Thereafter, the legislators close to him such as Ved Prakash Solanki publicly voiced their disappointment over the delay in Cabinet expansion and political appointments. As per sources, a breakthrough is in sight as Pilot has been assured that the MLAs belonging to his camp will be not only be accommodated in the Cabinet but also given many important portfolios. Recently, sources told Republic TV that the Tonk legislator is in the race to be appointed as the Congress working president.