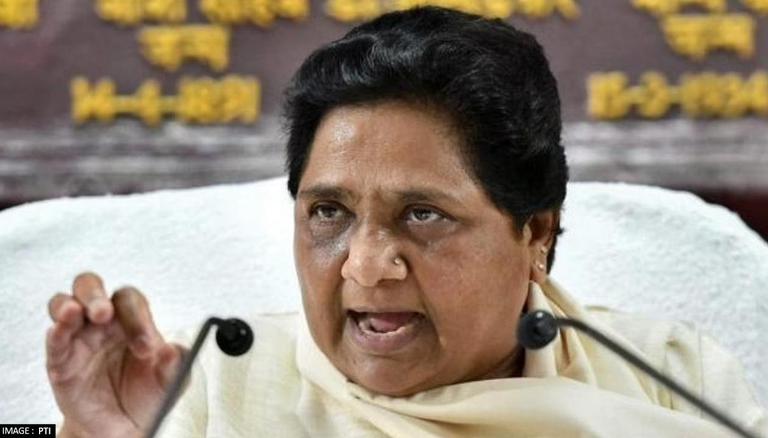 
The chief of the Bahujan Samaj Party (BSP), Mayawati has questioned why the Congress high command has remained quiet on the murder of a Dalit man in Hanumangarh of Rajasthan, as well as a raised query on the working manner of the BJP government in Uttar Pradesh, following the violence in the Lakhimpur Kheri. Mayawati took Twitter on Sunday to inquire if the chief ministers of Punjab and Chhattisgarh will pay a visit to Hanumangarh to compensate the Dalit victim's family.

Citing the BSP leader’s Hindi tweet, ANI reported, "The incident where a Dalit was thrashed to death in Rajasthan's Hanumangarh district is sad and condemnable, but why is the Congress high command silent on the issue? Will the CMs of Chhattisgarh and Punjab go there and give Rs 50-50 lakh to the victim's family? BSP wants answers or else they should stop shedding crocodile tears in the name of Dalits."

Further, in the following tweet, the BSP chief asked the Union Minister of State for Home Ajay Mishra Teni to resign whose son is among the offenders in the Lakhimpur Kheri incident. She even added in the tweet that the name of the Union Minister's son making headlines in the horrific Lakhimpur Kheri case raises numerous queries about the BJP government's functioning manner. She even claimed that in such circumstances, BJP should urge its minister to quit.

A man who has been identified as Jagdish Meghwal was beaten to death earlier on Thursday in the Hanumangarh district's Rohi Prempura village. As per a police complaint submitted by Banwarilal, the deceased's father, Jagdish Meghwal had reportedly left Suratgarh at 1.30 p.m. The father further claimed that Vinod, Mukesh, Lalchand nicknamed Rameshwar, Sikandar, and Dilip Rajput, all Prempura inhabitants, reportedly came on two motorbikes carrying Jagdish and tossed him in front of his house.

DSP Ranveer Singh informed "His father said that when he went to see he found that his son was lying on the ground and not breathing," ANI reported. DSP Singh further reported that Banwarilal believes that his son was abducted while he was coming home and the culprits had smashed him to death.

An umbrella organisation for several farmer unions, The Samyukta Kisan Morcha has claimed that Ashish Mishra showed up with three vehicles during the time when farmers were returning after holding a demonstration against the Centre's three farm laws and knocked down the farmers. On October 3, eight people were killed in the Lakhimpur Kheri riots which included four farmers. Further, Luvkush and Ashish Pandey, two of the suspects, were also arrested previously in involvement with the event.