Mayawati Scoffs At SP's Decision To Ally With Small Parties: "What Choice Do They Have?"

Scoffing at (SP)'s decision to contest polls in Uttar Pradesh in allying with smaller parties, BSP Supremo Mayawati on Friday, asked 'What choice do they have?" 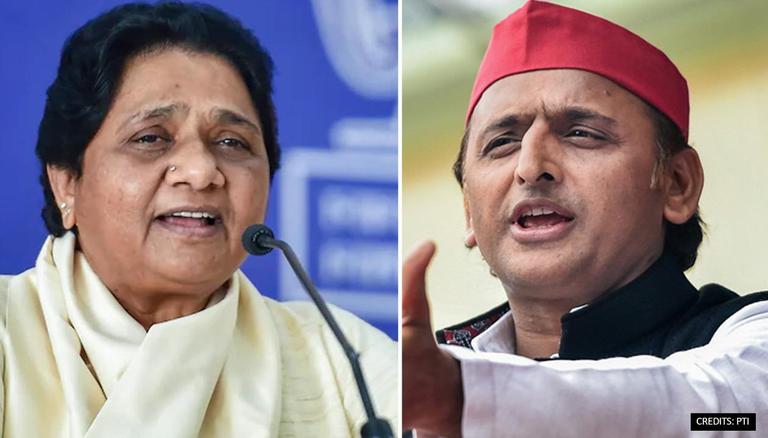 
Scoffing at Samajwadi Party (SP)'s decision to contest polls in Uttar Pradesh in alliance with smaller parties, BSP Supremo Mayawati on Friday, asked 'What other choice do they have?'. Claiming that SP's anti-Dalit and unprofessional way of working had distanced SP from other parties, she said that the move was SP's biggest weakness. The 403-seat Uttar Pradesh Assembly is set to go to polls in February 2022.

Mayawati to SP: "What choice do they have?"

Recently, Mayawati announced that her party will not take part in the upcoming elections for Zilla panchayat president's posts. Claiming that the elections were unfair, she added that once BSP is voted into power in 2022, all district presidents will join BSP. Mayawati has already announced that her party will fight polls alone in UP and Uttarakhand, while allying only with Akali Dal in Punjab.

Akhilesh: Will ally only with smaller parties

On Thursday, SP chief Akhilesh Singh Yadav reiterated that SP will only ally with smaller political parties for the 2022 Assembly polls. “In the Panchayat elections, BJP intervened administratively but lost. The District Magistrate has a free hand to change the result. People of UP want change and they will vote for change. Samajwadi Party will form an alliance with smaller parties,” Yadav said.

With BJP fighting under the leadership of incumbent CM Yogi Adityanath, several fronts have cropped up to challenge the ruling BJP. While Suheldev Bharatiya Samaj is eyeing an alliance with AIMIM, Azad Samaj Party, Pragatisheel Samajwadi Party; parties like AAP, Shiv Sena, and JDU have announced that they will be contesting for the UP polls. Samajwadi Party and BSP have decided to not ally and shut their doors to Congres, opting to ally with smaller parties if needed or go solo. Since then, Congress has aggressively campaigned under the leadership of Priyanka Gandhi in the state, eyeing its solo return.

READ | Owaisi hopeful of UP electing AIMIM MLAs in 2022 polls; no alliance talk with Mayawati yet

In 2017, polls were marked by tumultuous family fights in the Yadav family - with Akhilesh throwing out uncle Shivpal and replacing Mulayam Singh Yadav as the party chief. Later, the then-UP CM stitched an alliance with Congress - with Akhilesh and Rahul Gandhi holding joint rallies. This poll-alliance failed miserably, winning only 55 seats, while the BJP won 312 seats - ushering in Yogi Adityanath's maiden term.