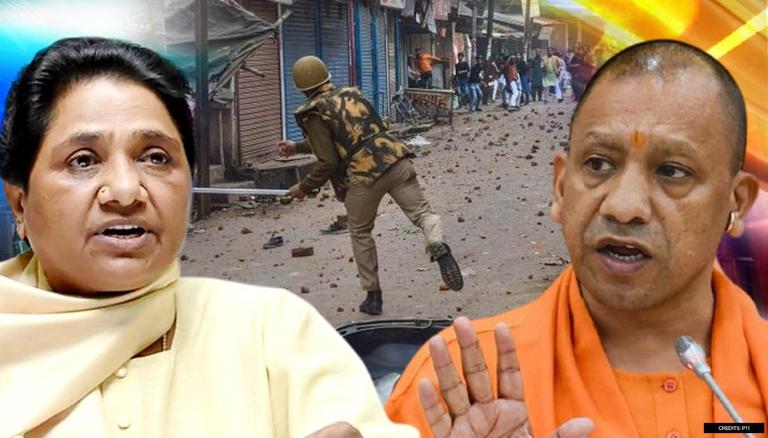 
With BJP facing defeat in UP panchayat polls, BSP Supremo Mayawati on Friday, expressed concern over post-poll violence in Uttar Pradesh. Urging the state govt to take strict action, Mayawati said that the violence was very disturbing. As per reports, at least 6 people have been killed in Gorakhpur, Deoria, Azamgarh, Jaunpur in post-poll violence. Moreover, BJP leaders sat on dharnas outside their own homes in protest against post-poll violence in Bengal.

As per reports, UP police have booked over 2000 people for indulging in post-poll violence since panchayat polls started on Mar 26. Filing 203 FIRs, UP police have arrested 621 and detained 6000. While over 7.28 lakh arms being deposited by licence holders, mobs attacked several panchayat poll winners in Gorakhpur, Deoria, Azamgarh, Jaunpur, injuring several candidates and their kin after poll results were announced.

In a severe setback to the BJP, the party has lost key districts like - Varanasi, Mathura, Ayodhya, and Gorakhpur in the UP panchayat polls whose results have were declared late Tuesday night. While the rural polls are not fought on party symbols, most parties have backed specific candidates. As per the results, BJP had claimed victory in 900 of the 3030 Zila panchayat wards it contested, while SP claims to have won 1000 seats, BSP 300 seats, Congress and AAP bagged 70 seats each. This setback to BJP comes a year before the crucial UP polls- where Yogi Adityanath is eyeing a second term.

READ | Sudha Murty: 'Wake up at 5 am, take non-stop calls from those who need help against COVID'

As per reports, BJP was trumped by SP in districts like Varanasi, Prayagraj and Ayodhya in the Panchayat polls while Bhim Army has made inroads into BSP bastions -  Muzaffarnagar, Bijnor and Saharanpur. The biggest winner have been independent candidates of which 400 are reportedly in touch with BJP. Uttar Pradesh BJP chief Swatantradev Singh had said that in the three-tier panchayat election in the state, over 45,000 party-supported candidates have won the post of village pradhan, while more than 60,000 party-supported candidates have emerged victorious as members of kshetra panchayats.

READ | Govt should take strict measures to stop political violence in UP: Mayawati