Congress MLA Charanjit Singh Channi is set to oath as the new Punjab CM on Monday. The change in CM comes months ahead of the 2022 Punjab Assembly elections. 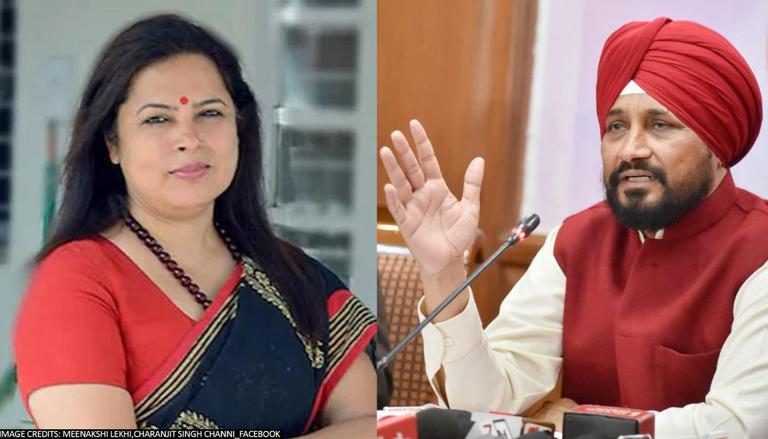 
Only hours after the announcement of Charanjit Singh Channi as the new Chief Minister of Punjab, Union minister of state Meenakashi Lekhi said that it was a temporary placing. Lekhi on Sunday said that it was only a matter of 4-6 months as the people will choose its chief minister once again. Congress leader Channi is all set to take over as the new Punjab CM after Captain Amarinder Singh handed in his resignation on Saturday.

Congress MLA Charanjit Singh Channi is set to oath as the new Punjab CM on Monday at 11 am. Channi will succeed Captain Amarinder Singh, who resigned citing his displeasure in the party’s running after months of infighting between him and the newly appointed Punjab Pradesh Congress Committee (PPCC) chief Navjot Singh Sidhu. Following Captain's resignation, Sidhu had a major hand in Charanjit's appointment as the Chief Minister.

The new CM-elect is a three-time MLA from the Chamkaur Sahib Assembly Constituency and has served as the leader of Opposition in the Punjab Assembly from 2015-16. As a cabinet minister in the previous Punjab government, Channi has been a vocal critic of CM Amarinder Singh for a long time. The change in CM comes months ahead of the 2022 Punjab Assembly elections.

BJP leader Lekhi also hit out at the Aam Aadmi Party for allegedly propagating false claims to woo voters in Punjab ahead of the assembly polls. She claimed that the "no electricity bills" and increased employment claims made by the party would never turn true. "The claim of providing employment to the needy in the city is false. One can compare the schemes for the 'unemployed section' launched by the Central government and Delhi government. They (People) can see the difference. Also, amidst the peak of the COVID pandemic, under AAP's tenure, the electricity bills of several people in Delhi have been more than four times than the actual estimate. Further, the idea of receiving no electricity bill has been in place for a long. These claims by the AAP are false," she told reporters.