Alarmed at the imminent exodus of 12 Meghalaya MLAs, Congress in-charge Manish Chatrath has been rushed to Shillong on Thursday after Mukul Sangma's jolt 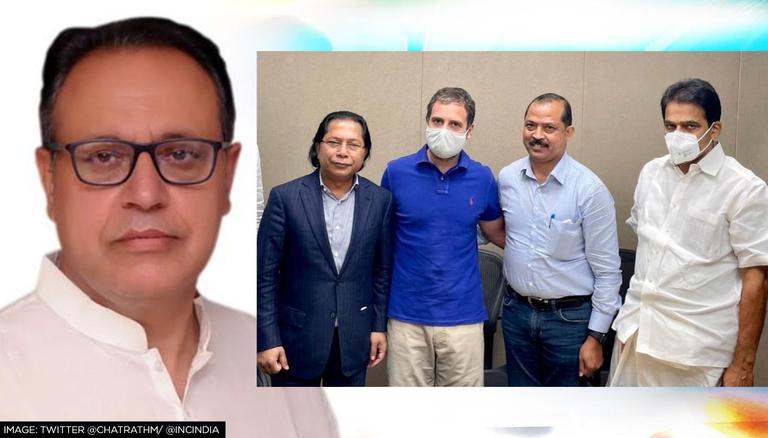 
Alarmed at the imminent exodus of 12 Meghalaya MLAs, Congress in-charge Manish Chatrath has been rushed to Shillong on Thursday. This comes a day after ex-CM Mukul Sangma informed Assembly Speaker Metbah Lyngdoh that 12 MLAs are set to join TMC. Congress has seen many top-notch exits to TMC like ex-Goa CM Luizinho Faleiro, Sushmita Dev.

Congress in-charge of Meghalaya Manish Chatrath will visit Shillong today, after TMC claimed that 12 Congress MLAs from Meghalaya have joined the party.

Speaking to PTI, Congress MLA Shangpliang remarked, "Twelve MLAs of the Congress out of 17 in Meghalaya have decided to join the TMC. We will formally join the TMC under the leadership of former CM Mukul Sangma". As per sources, they will be inducted into the Mamata Banerjee-led party at 1 pm today.

Taking a jibe at Rahul Gandhi, BJP I-T chief Amit Malviya opined that it was "unfair" to blame the Wayanad MP as he has "age on his side". He tweeted, "It is unfair to blame Rahul Gandhi for the defection in Meghalaya. He didn’t ask them to go. They just decided to leave. What is the hullabaloo about? The next assembly election is in 2023. The 12 legislators continue to sit in opposition. Rahul still has age on his side..."

In 2018,  the incumbent Congress government led by Mukul Sangma failed to retain power despite emerging as the single-largest party in the 60-member Assembly with 21 seats. Finally, the National People's Party formed the government along with BJP and smaller parties such as the People's Democratic Front, Hill State People's Democratic Party and United Democratic Party under the leadership of Conrad Sangma. The rift in Congress came to the fore after Vincent Pala's appointment as the president of the party's state unit.

Expressing unhappiness, Mukul Sangma claimed that he was not consulted by the Congress high command regarding Pala's appointment. While speculation was rife that he would join TMC along with his supporters in October itself, the Sonia Gandhi-led party managed to salvage the situation after Rahul Gandhi held a discussion with Sangma and Pala in Delhi.  Though they agreed to work together for the subsequent by-elections, Congress suffered a drubbing as the ruling coalition won the Rajabala, Mawryngkneng and Mawphlang seats.