Mehbooba Mufti Politicises Har Ghar Tiranga; 'As If We Didn't Honour Flag Before'

With the 75th Independence day of India days away, Mehbooba Mufti once again tried politicising the Government of India's 'Har Ghar Tiranga' initiative. 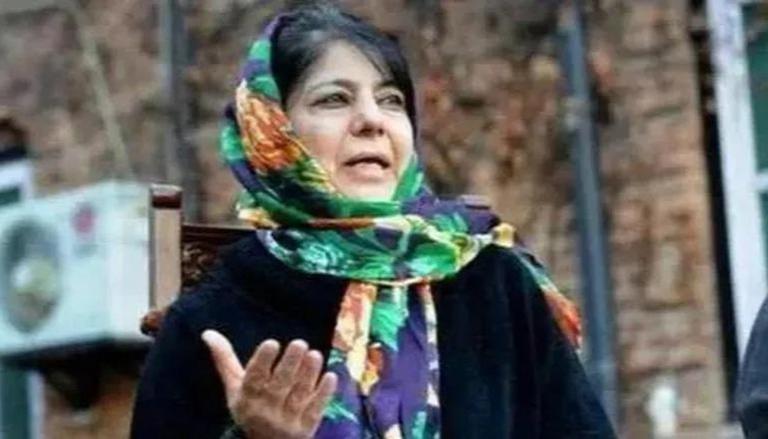 
With the 75th Independence day of India days away, former Jammu and Kashmir Chief Minister and Peoples Democratic Party chief Mehbooba Mufti once again tried politicising the Government of India's 'Har Ghar Tiranga' initiative on Thursday. Taking to Twitter, Mufti highlighted that the Tiranga was 'not just a flag' but 'symbolised the struggle & sacrifices made by Indians including the Congress party' leaders to earn independence.

Attacking the Centre, Mufti wrote, "But BJP hasn’t just politicised but also highjacked it as if Indians didn’t honour the flag before. In Kashmir, BJP has demeaned & lowered its prestige further by using all types of coercive measures to force people to purchase & hoist it."

Notably, on the 3rd anniversary of the abrogation of Article 370 on August 5, Mufti who is now accusing the BJP of forcing people to hoist the Tiranga, had said that the saffron party will replace the Indian flag in the near future. Claiming that the party was on a mission to finish off the Constitution and form a 'theocratic nation', the PDP chief had said, "they will also change the Tiranga that you are unfurling with pride today and replace it with a saffron flag."

READ | 'Rubaiya identified Yasin Malik even after 32 years as he was in public domain': Mehbooba

Earlier, she had changed her Twitter display, putting up a picture of the tricolour with the old flag of Jammu and Kashmir. Her late father Mufti Mohammad Sayeed and Prime Minister Narendra Modi were also in the frame with the national flag and the now-derecognised flag of J&K. She had said, "The flag of J&K might have been “snatched”, but it cannot be erased from the collective conscience of the people."

Indian flag isn’t a mere flag but symbolises the struggle & sacrifices made by Indians including congress party to earn this freedom. But BJP hasn’t just politicised but also highjacked it as if Indians didn’t honour the flag before.

In order to commemorate India's 75th anniversary of independence, the central government is hoping to have at least 20 crore flags flying as a part of the ‘Azadi Ka Amrit Mahotsav’ from August 13 to 15. PM Modi in his Mann ki Baat radio address encouraged people to put ‘Tiranga’ as their profile picture on social media, during the said period. The Prime Minister also changed his profile picture on Twitter.