While PDP's Mehbooba Mufti didn't utter a word against the terrorists, she blamed the GoI for the recent spate of killings in Jammu & Kashmir. 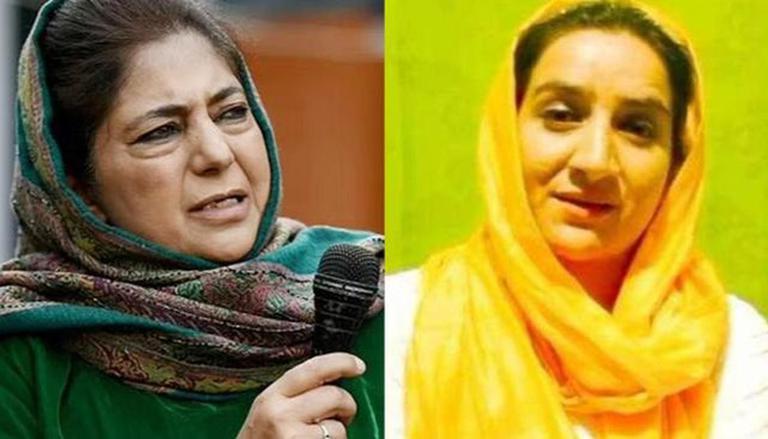 
While Peoples Democratic Party's Mehbooba Mufti didn't utter a word against terrorists, she blamed the Government of India for the recent spate of civilian killings in Jammu & Kashmir. The former Chief Minister expressed her sympathies over the recent killing of TV actress Amreen Bhat. The leader questioned the government: 'What will it take for the GoI to end this bloodshed?'

PDP chief's response comes in the wake of a series of civilian killings by terrorists in the Jammu and Kashmir. Mufti said mournings has become a daily affair in Kashmir and demanded that the central government change its stand on J&K. She said,

"In Kashmir, mournings have sadly become the norm & a daily ritual. Countless innocent civilians are killed in one way or the other & devastated families are left behind to pick up the pieces. What will it take for GOI to recalibrate their J&K policy to end this bloodshed?"

She also accused the Centre of boasting about the return of normalcy in the region and said, "GOI keeps blowing its trumpet of normalcy in J&K even when such gruesome incidents suggest otherwise. My heart goes out to Amreen Bhat’s family & pray her nephew recovers swiftly."

In Kashmir, mournings have sadly become the norm & a daily ritual. Countless innocent civilians are killed in one way or the other & devastated families are left behind to pick up the pieces. What will it take for GOI to recalibrate their J&K policy to end this bloodshed?

On May 25, terrorists stormed into the house of TV actress Amreen Bhat at around 7.55 pm. Her nephew opened the door and was asked to call Bhat. Upon her arrival at the door, Bhat was shot at point-blank range. Her nephew also got injured in the firing. They were both rushed to the hospital where Amreen Bhat succumbed to the injuries and the nephew is battling for her life.

At around 1955 hrs , terrorists fired upon one lady Amreen Bhat D/o Khazir Mohd Bhat R/o Hushroo Chadoora at her home. She was shifted to hospital in injured condition where doctors declared her dead. Her 10 year old nephew who was also at home recieved bullet injury on his arm.

Mufti had picking up on the religion of the killing of the J&K cop, Saifullah Qadri and his injured daughter, without blaming the terrorists for the killing. Qadri was murdered by Pakistan-sponsored terrorists on May 24. They didn't even spare her minor daughter, who was injured.

The PDP chief said, "The Policeman who was killed yesterday, no one is speaking about him because his name was Saifullah Qadri. If he had a different name, then there would have been lot of hue and cry. Despite this, I tell people of J&K to embrace Kashmiri pandits. We have to tell them (India) that you are killing Muslims in the country, you are lynching Muslims, locking mosques but we are Kashmiri and Kashmiri pandits are our pride," She however didn't utter a word about the LeT's offshoot TRF terrorists who took the responsibility for the killing and also dared to kill more policemen in the front of their loved ones, if required.