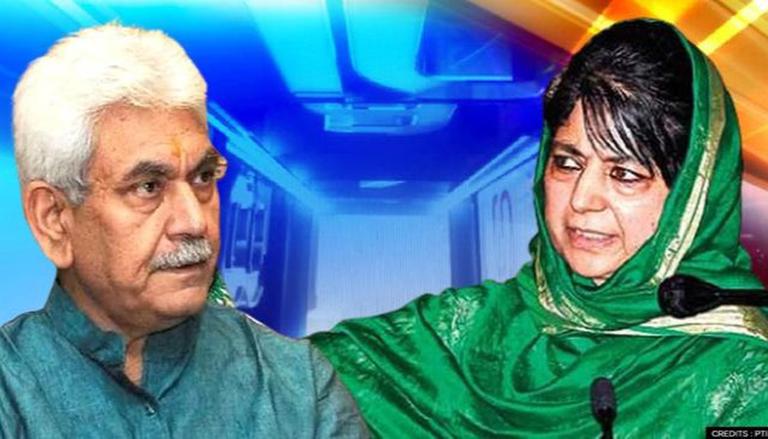 
PDP chief Mehbooba Mufti wrote a letter to Jammu and Kashmir Lt. Governor Manoj Sinha expressing concern over "selective targeting" of her party's leaders and former MLAs by the administration, which has asked them to vacate their official residences in Srinagar.

In a letter to LG Sinha, Mehbooba said, at a time when militancy is on the rise again, the administration has asked PDP leaders and former MLAs to vacate their official residences, without providing any alternate accommodation.

She also claimed that the leaders have been repeatedly denied security in the villages where they originally reside. Mehbooba alleged that the administration has no concern about evicting terrorists from secure government accommodations in Srinagar and deliberately putting them in harm's way.

The PDP President stated that in recent times, elected representatives have been targeted and even been killed since they are "soft targets", especially without adequate security. She mentioned that former PDP MLA Zahoor Mir fell victim to militancy and his father was also shot dead by militants.

READ | Some leaders still dreaming about restoration of Art 370, it's next to impossible: JK BJP head

She said that it is extremely distressing that on one hand, a section of new politicians is being given all kinds of facilities including security to facilitate their movement throughout J&K, while on the other hand, members of PDP are treated with "utter disdain and contempt."

Mehbooba said it's almost as if the administration is "intentionally putting their lives at risk." The PDP leader went on to say that if anything untoward happens to her party members, she will hold the administration responsible for the same. =