In a fresh twist in the Mehul Choksi case, an Indian Air Force plane landed at the Douglas-Charles airport even as he got bail from the Dominica High Court. 
In a fresh twist in the Mehul Choksi case, an Indian Air Force plane landed at the Douglas-Charles airport even as he got bail from the Dominica High Court. Previously on May 28, a Bombardier Global 5000 business jet of Qatar Executive Airlines had arrived in the country with officials from the CBI and the ED. They brought with them a set of documents that sought to prove the fugitive status of the PNB scam accused before the Dominica HC. However, the special charter plane departed at 8.10 pm on June 3 after the hearing in the case was adjourned for several weeks.

Along with his nephew Nirav Modi, Mehul Choksi has been accused of allegedly siphoning off Rs 13,500 crore of public money from the PNB using letters of undertaking. He secured the citizenship of Antigua and Barbuda in November 2017 under the aegis of the Citizenship by Investment Programme and fled to the island nation in the first week of January 2018. While India formally sought Choksi's extradition in August 2018, Browne commenced the process of revoking his citizenship on October 14, 2019. The Mehul Choksi citizenship issue gained traction again after he was reported "missing" on May 23 after going out for dinner.

Four days later, the Dominican government issued an official statement confirming that the fugitive had been detained for illegal entry into the country. Thereafter, the Antigua and Barbuda PM refused to accept him back and held that the PNB scam accused can be repatriated to India on being declared persona non grata by Dominica. As per an order dated June 14, Dominican High Court judge Wynante Adrien-Roberts rejected Mehul Choksi's bail plea deeming him a "flight risk". However, Choksi remained in the Dominica China Friendship Hospital.

On July 12, Justice Bernie Stephenson of Dominica HC granted relief to Mehul Choksi based on his amended bail application dated July 5 and the affidavit filed in support thereafter. As per the order accessed by Republic TV, he was permitted to travel to Antigua and Barbuda for consulting neurologist Dr. Gaden Osbourne and is bound to inform the court of any change of doctor. This was based on the premise that specialized medical attention was not available in Dominica.

Moreover, the court directed him to notify the Registrar General of a change in his address in Antigua and Barbuda and his return to Dominica. Until a doctor certifies the fugitive that he is fit to stand for trial, all proceedings in the illegal entry case pending before the Magistrate's Court will remain adjourned. Choksi has deposited $10,000 XCD with the HC Registrar to secure his release on bail. 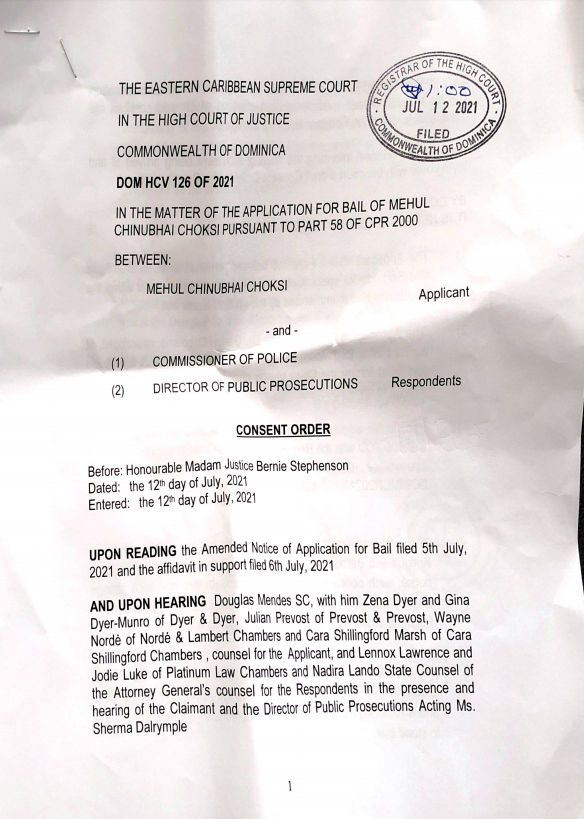 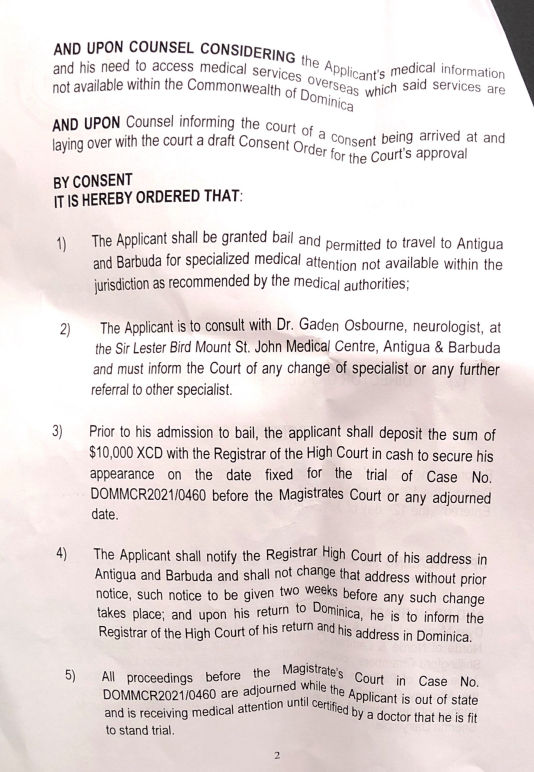 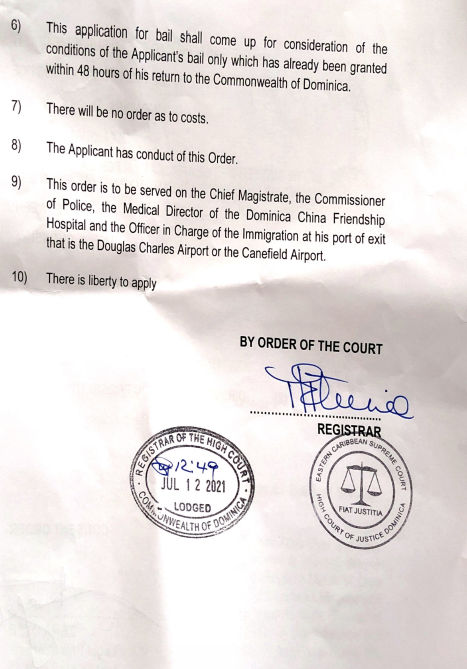