Addressing a press briefing, Bommai termed the letter to PM Modi by Stalin as a 'political stunt, illegal and against the federal system'. 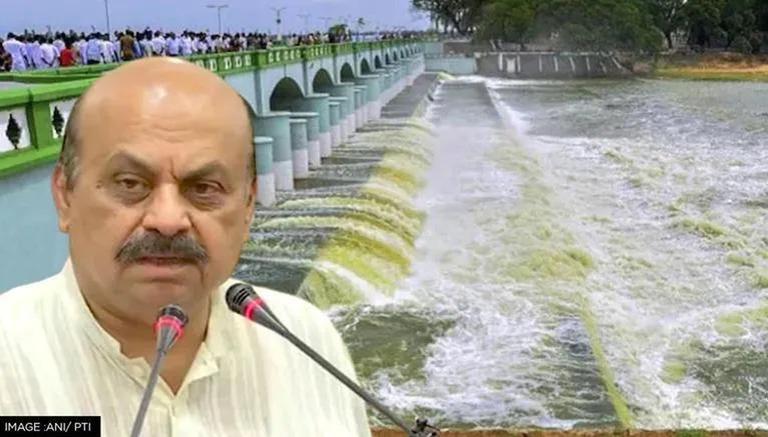 
After Tamil Nadu Chief Minister MK Stalin wrote to Prime Minister Narendra for his intervention to restrain the Cauvery Water Management Authority (CWMA) from discussing the Mekedatu project, his Karnataka counterpart Basavaraj Bommai responded strongly on Tuesday. Addressing a press briefing, Bommai termed the letter by Stalin as a 'political stunt and underlined that the Centre 'will not consider it.' He further added that the procedures are in their final stage, 15 meetings have already taken place and exuded confidence in getting justice in the prolonged issue.

In the letter in question, Stalin said the scope of the functioning of the CWMA is limited to implementing the Supreme Court's verdict on the Cauvery issue and it cannot consider any other subject. Also, the matter is sub judice and Tamil Nadu's petitions in this regard are pending before the top court.

"Regarding the Mekedatu project, the Central Water Commission (CWC), while receiving our DPR, had put a condition that it has to be approved by the Cauvery Water Management Authority, and accordingly it is now before the Board (CWMA) and several meetings have taken place," Bommai said.

Clarifying that the Mekedatu project in no way involves Tamil Nadu's share of water, Bommai said, "It is on our share of water, within our state. After a lot of procedures, things have reached a final stage now. Already 15 meetings have taken place, they (TN) did not raise any objections then, they showed non-cooperation by boycotting.

For years Tamil Nadu has been doing politics over Cauvery issue, the Karnataka CM further said, adding that, "This is just a continued part of it and it doesn't have any locus standi, it is not admissible legally, and the Centre will not consider the illegal letter. Already, CWC is seized of the matter and the Central Water Resources Ministry has already referred it...and meetings have taken place; procedures are in a final stage and we are confident about getting justice," he said, adding that Karnataka's representatives will take part in the meeting.

The Mekedatu Balancing Reservoir and Drinking Water Project involve the construction of a balancing reservoir across Cauvery near Mekedatu in Karnataka. While the project cost is estimated at Rs 9,000 crore, the proposal is aimed at providing drinking water facilities up to 4.75 TMC, and generating 400 MW of power as an additional benefit.

Karnataka has maintained that the project will be beneficial to both Karnataka and Tamil Nadu as during a drought, the surplus water can be stored and managed between both of them and that its implementation will not affect farmers of Tamil Nadu. Tamil Nadu objects that the project would ‘impound and divert’ the uncontrolled water flow to Tamil Nadu from the Kabini sub-basin, the catchment area below Krishnarajasagara, and also from Shimsha, Arkavathy, and Suvarnavathi sub-basins.