Malvika Sood's entry has upset sitting Moga MLA Harjot Kamal, who said that Congress is claiming victory in Punjab polls without even having sufficient votes. 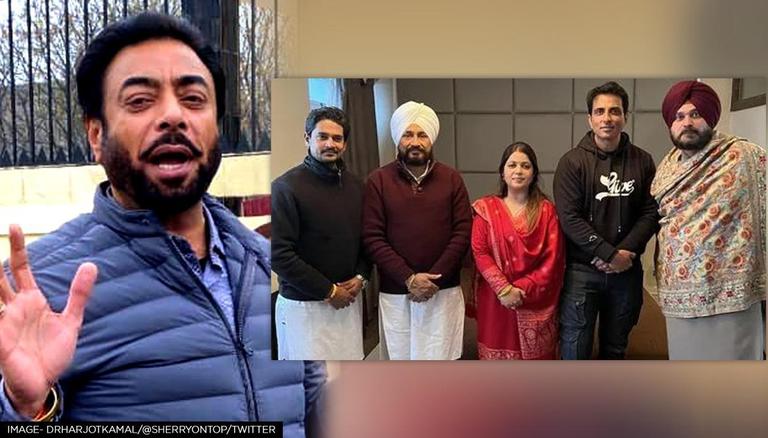 
Miffed by the induction of Sonu Sood's sister Malvika into the Congress, party MLA Harjot Kamal Singh announced on Wednesday that he would contest from the Moga constituency even if he is denied a ticket. Malvika Sood, who joined the grand old party in the presence of Chief Minister Channi and Punjab Congress president Navjot Singh Sidhu, is expected to contest from Moga in the upcoming elections.

The development has upset sitting Moga MLA Harjot Kamal, who said that Congress is claiming victory in Punjab polls without even having sufficient votes. Kamal said he would fight the elections with the help of his support, even if Congress denies him a ticket. Following the induction of Malvika Sood, which was attended by both Channi and Sidhu, dozens of councillors and sarpanchs of the Moga constituency had resigned en-masse to protest against the Congress party's decision, seemingly standing solidly with Harjot Kamal who is the reigning MLA.

CM Channi had reportedly held talks with Singh after he expressed shock over Malvika Sood's induction. Singh said he was surprised with the possibility of Sood getting a ticket for Moga as he holds every capability to win elections from the district. On-ground sources claimed that Singh has been assured that he will be given a ticket either from Moga or from another district.

Meanwhile, Malvika Sood had already started working on her political front as in November last year, she had addressed a press conference at Moga, which is their hometown, announcing that she would be contesting in the Punjab polls scheduled this year. Channi on Monday Malvika and expressed confidence that she will serve the people of Punjab with full honesty and integrity.

Polling in Punjab is scheduled to be held on February 14 and the counting of votes will take place on March 10.