The BJP MP spotlighted incidents, where party candidates had to suffer the wrath of the ruling party during their attempts to campaign for by-polls. 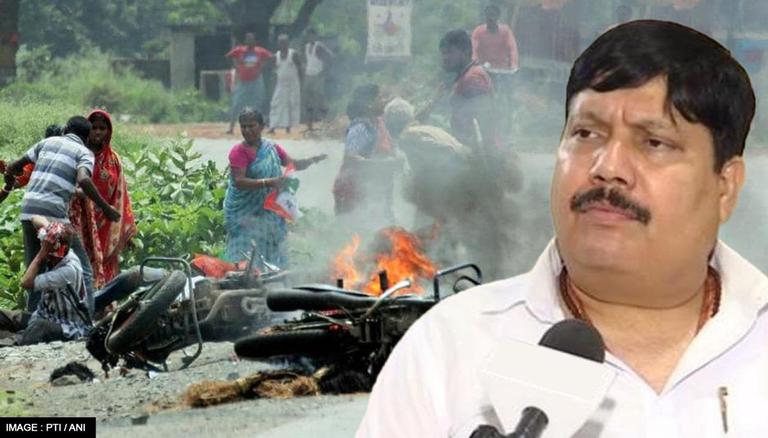 
Citing the series of post-poll violence acts in the state, BJP MP from Barrackpore constituency, Arjun Singh, on Tuesday, October 19, wrote a letter to the Chief Election Officer (CEO) of West Bengal, urging allotment of additional security personnel for the by-polls in 4 constituencies, which is scheduled to be held on October 30.

"As you are aware the spate of post-poll violence, which started from the day of counting after the General Election and still continues. The situation reached a point that the Hon'ble High Court took cognizance of the same and ordered a CBI probe. Regrettably, violence, terror, and threats are continuing unabated," Singh wrote in his letter to the West Bengal Chief Election Officer.

The BJP MP spotlighted incidents, where party candidates had to suffer the wrath of the ruling party during their attempts to campaign for the upcoming by-polls in their respective constituencies. He blamed the TMC for the offense and also claimed that the police were tight-lipped in both incidences.

"We draw your attention to the attack carried out on our candidate Joy Saha (109 AC KHARDAH) and Ashok Mandal (7AC DINHATA) over the last few days. In both incidences, our candidates were doing door to door campaign when goons of TMC attack them and also broke our vehicles. In both incidences, West Bengal police remained silent spectators," Singh stated affirming his previous demand for immediate allotment of Central Security cover for our candidate.

"We have no reliance on the West Bengal police," Arjun Singh added.

The BJP's Khardah poll candidate, Joy Saha was allegedly attacked along with others, by suspected Trinamool goons during a conflict over putting up banners near Girja More in Khardah on Sunday night. Supporters of the ruling party allegedly forced BJP activists to leave the spot. Three among them are currently hospitalised.

On the other hand, party's Dinhata poll candidate Ashok Mandal and party MLA Natabari Mihir Goswami during the poll campaign in Nirhat and Bamanhat, were allegedly assaulted by TMC supporters in the presence of Jalpaiguri BJP MP Jayanta Roy. The alleged TMC activists raised "go back" slogans when BJP leaders reached the area to campaign for the October 30 by-polls.

The Barrackpore MP claimed that only a total of 37 companies of the CAPF are being deployed in the poll constituencies and called it "inadequate".

"This is grossly inadequate for 1400 (approximate) booths in the 4 constituencies which go for by-poll. Accordingly, we request an immediate deployment of 30 companies of CAPF per constituencies to ensure free and fair polls on 30th October," the Barrackpore MP said.

In West Bengal, by-polls will be held in Khardah, Shantipur, Dinhata, and Gosaba. In Gosaba and Khardah, two TMC MLAs died, which has led to the election. On the other hand, two MPs, Nishith Pramanik and Jagannath Sarkar, resigned from their post from the Dinhata and Shantipur constituencies respectively, making way for a by-poll.