BJP-turned-TMC leader Mukul Roy told the Calcutta High Court that there is no "constitutional convention" to appoint an opposition leader as the PAC chairman. 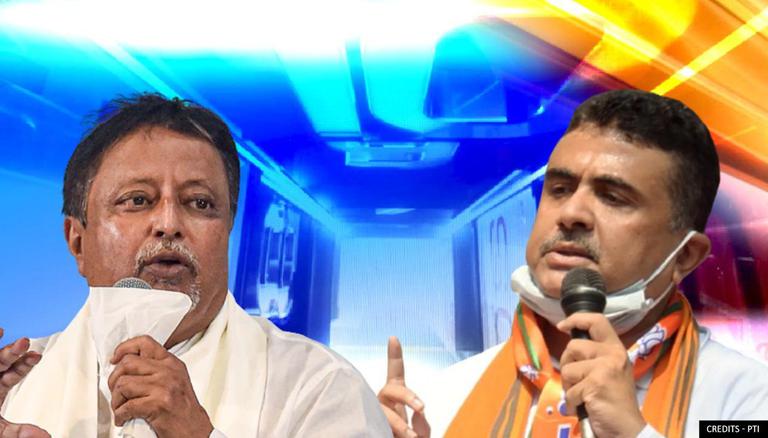 
BJP-turned-TMC leader Mukul Roy told the Calcutta High Court on Friday that there is no "constitutional convention" to appoint an opposition leader as the PAC chairman. An HC bench comprising Acting Chief Justice Rajesh Bindal and Justice Rajarshi Bharadwaj was hearing a plea filed by BJP MLA Ambika Ray seeking the removal of Roy as the chairperson of the Public Accounts Committee of the West Bengal Assembly for the year 2021-22. BJP had nominated ex-Chief Economic Advisor and Balurghat MLA Ashok Lahiri for the post.

The plea contended that Mukul Roy defected to the Mamata Banerjee-led party on June 11 without officially resigning from BJP or as the MLA of the Krishnanagar Uttar constituency. Appearing for Roy, senior advocate Anindya Kumar Mitra contended that there is no uniform provision of appointing a member of the opposition as the PAC head citing Rule 255 of the Rules of Business and Conduct of Business. Moreover, he stated that the court cannot interfere in the proceedings of the legislature as per Article 212 of the Constitution. The matter will be heard on September 13.

An accused in the Narada sting operation case, Mukul Roy had resigned from TMC in September 2017 and joined BJP two months later. Subsequently, he was made the national vice-president of the BJP in September 2020. While he won the Krishnanagar Uttar seat in Nadia district, his son Subhrangshu who joined the party in May 2019 was defeated from the Bijpur seat from where he was the incumbent MLA. On May 2, TMC sprung a surprise by decisively winning the West Bengal Assembly election by bagging 213 seats whereas BJP could win in only 77 constituencies.

After Nandigram MLA Suvendu Adhikari pipped Mukul Roy to the Leader of the Opposition's post, speculation about the latter's political future started doing the rounds. Thereafter, Roy's son stirred controversy after writing on social media that one should do self-introspection before criticising the government which has come to power with people's support. Finally, Roy and his son rejoined TMC on June 11 in the presence of CM Mamata Banerjee and her nephew.