Jagtap, in the plea, said an application was submitted to the state government in October 2021, seeking permission to hold the rally where Congress leaders Sonia Gandhi and Rahul Gandhi have been invited to address the gathering. 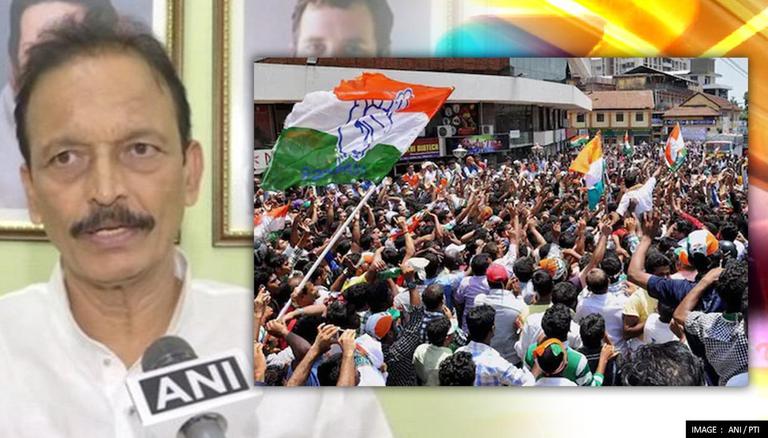 
Mumbai Congress president Bhai Jagtap on Monday moved the Bombay High Court with a plea seeking a direction to the Maharashtra government to grant permission for the party's scheduled rally at the Shivaji Park in central Mumbai on December 28.

Jagtap, in the plea, said an application was submitted to the state government in October 2021, seeking permission to hold the rally where Congress leaders Sonia Gandhi and Rahul Gandhi have been invited to address the gathering.

However, to date no decision has been taken on the application, the petition said.

The plea has sought the HC to direct the state government to grant it permission to hold the public meeting and erect a temporary stage on one portion of the sprawling ground.

Jagtap's advocate Pradeep Thorat mentioned the plea before a division bench headed by Justice Amjad Sayed, which said it would hear the matter on Tuesday.

Jagtap, in the petition, said the party has sought permission to use the Shivaji Park ground from December 22 to December 28 for the purpose of holding a public meeting on the occasion of the 137th Foundation Day of the Indian National Congress.

The plea said December 28 is a very important day in the history of the Congress as it is the party's foundation day.

The petition further said that it would adhere to all the norms prescribed by the civic authority and the health department.

The HC had in 2010 declared the Shivaji Park area located in Dadar as a silence zone after a public interest litigation was filed by an NGO.

The court had then said programmes can be held at the park only on select occasions - December 6 (death anniversary of Dr B R Ambedkar), May 1 (Maharashtra foundation day) and January 26 (Republic Day).

However, the state government and the BMC (Brihanmumbai Municipal Corporation) later carved out 45 days in a year to permit non-sporting activities in the iconic ground.

As per the plea, the BMC has submitted its report to the state government on its recommendation on whether or not the Congress rally could be held at the venue.

"Since, the state government is the competent authority, the final decision has to be taken by it (government). Out of the 45 days marked for non-sporting activities, 11 days are kept for miscellaneous activities,” Thorat said.

“The quota of 11 days is still pending this year,” Thorat said.

The Sonia Gandhi-led party is a constituent of the Shiv Sena-led MVA government in the state. The rally has been planned in the midst of growing worries about the new Omicron variant of coronavirus. PTI SP RSY RSY