On Tuesday, Congress MLA Navjot Singh Sidhu met the three-member panel formed by party president Sonia Gandhi and apprised it of the ground reality in Punjab. 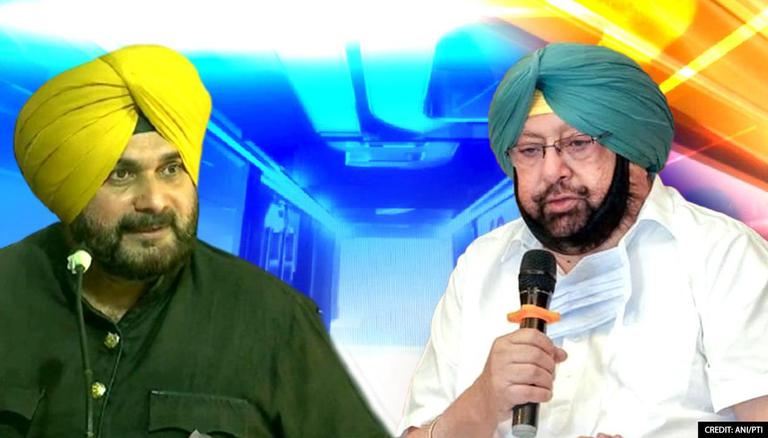 
On Tuesday, Congress MLA Navjot Singh Sidhu met the three-member panel formed by party president Sonia Gandhi in Delhi and apprised it of the ground reality in Punjab. Asserting that truth cannot be suppressed for long, he took another dig at Punjab CM Amarinder Singh by stressing the need to defeat every anti-Punjab force ahead of the 2022 Assembly election. While Punjab Congress chief Sunil Jakhar along with 25 MLAs interacted with the committee a day earlier, Singh is likely to meet the panel on Wednesday.

Congress leader Navjot Singh Sidhu remarked, "I came here to convey the voice of the people from the grassroots in Punjab. My stance has been, is, and will remain that the democratic power which goes to the government and financial power which goes to the government in the form of taxes should go back to the people. The power of the people must return to the people in any form. I have conveyed the truth in its entirety. Truth can be suppressed but not defeated."

Sources told Republic TV that the cricketer turned politician and raised questions about the state government's performance in front of the committee. He also reportedly targeted the CM for not acting against key Shiromani Akali Dal leaders in the sacrilege case. Wayanad MP Rahul Gandhi has also spoken to around 16 MLAs regarding the infighting in the Congress ranks and the party's chances in the upcoming Assembly polls in Punjab.

I came here to present people's voices from grass root level to High Command. My stand on democratic power remains the same. The power of the people must return to the people. I have clearly stated the truth: Navjot Singh Sidhu, Punjab MLA after meeting Congress leaders in Delhi pic.twitter.com/38HlKbPR31

The panel comprising Rajya Sabha LoP Mallikarjun Kharge, ex-Delhi MP JP Agarwal and AICC general secretary in charge of Punjab Harish Rawat was constituted on May 28 in the wake of the increasing rift between the Sidhu and the Amarinder Singh factions. As per Rawat, the mandate of the panel is to "strengthen the government and the party at the grassroots level and to help unite the Congress in Punjab and ensure its victory in the 2022 Assembly polls". Moreover, he appealed to the leaders not to air their grievances against each other in public and in the media.

After winning the Amritsar East seat on a Congress ticket in the 2017 Punjab Assembly polls by a margin of 42,809 votes, Sidhu was inducted into the Cabinet. However, a series of events led to the ex-swashbuckling batsman tendering his resignation from the Cabinet in July 2019. These include the Punjab CM openly slamming Sidhu for his 2018 visit to Pakistan where he hugged Army Chief Qamar Javed Bajwa, losing key portfolios and denial of ticket to Navjot Kaur Sidhu in the 2019 General Election.

While the former cricketer continues to be an MLA, he has maintained a distance from party activities. Though Singh and Sidhu attempted to resolve their differences over tea on March 17, 2021, a positive outcome proved to be elusive. The relationship took a turn for the worse after the Punjab & Haryana HC quashed the SIT probe into the firing cases on April 9. Breaking his silence on Sidhu's attacks, Singh on April 27 dared him to contest from Patiala in the 2022 polls and predicted that he will lose his deposit.

Moreover, he contended that the cricketer-turned-politician wanted to join some other party. Ruling out the possibility of replacing Sunil Jakhar as the Punjab Congress president, the CM asserted that he would oppose the suggestion of giving the top post to Sidhu. Additionally, he also dismissed the claim of the ex-BJP MP on the Deputy CM's position. Meanwhile, the cricketer-turned-politician has dared Amarinder Singh to take action amid speculation that the Punjab Vigilance Bureau is investigating some allegations against him and his aides.