Reacting to the viral video of his brother beating up the contract workers in Mumbai, NCP spokesperson Nawab Malik said that "nobody is greater than the law."

Nawab Malik on his brother

Nawab Malik told media, "I have heard that this video was being circulated for the past one month. Legal actions should be taken against anybody who takes law in hand. Nobody is above the law. It is the right of the culprit to file a case and it is the police's job to conduct an investigation over it.”

Visuals show Kaptan Malik walking towards a road construction site. He starts hitting the workers present there. Malik accuses them of conducting illegal work and asks them to call their supervisor. He asks them to present a work order, but the contract workers are unable to do so. Furious Kaptan Malik, is then seen abusing and beating them.

After the video surfaced, the former MP from BJP, Dr Kirit Somaiya penned down a letter to the Labour Minister of Maharashtra, Dilip Walse-Patil. In the letter, he stated that the video of NCP leader Kaptan Malik beating up contract workers has gone viral. He further wrote, “Mr Kaptan Malik has admitted to beating the workers. Maharashtra Labour Minister should ensure that these workers get justice.” 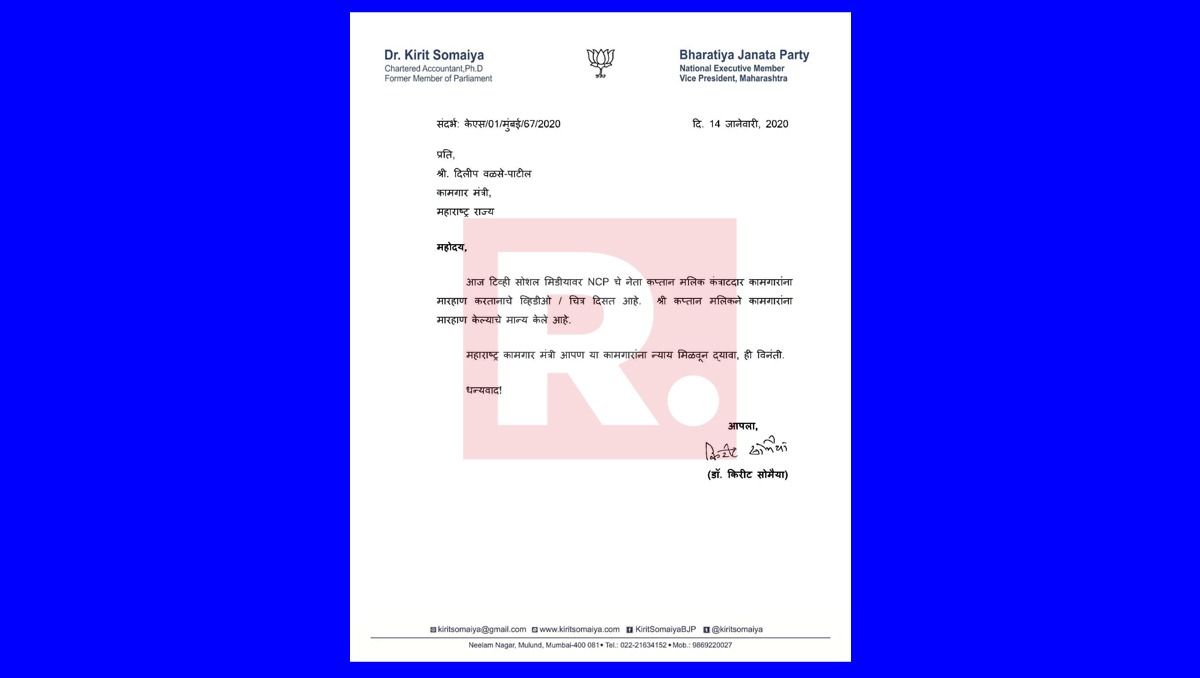 Read: Delay in portfolio allocation as new Ministries to be formed in Maha Cabinet: Nawab Malik