In his defamation suit, Dnyandev had claimed Nawab Malik went after his son Sameer Wankhede following his son-in-law Sameer Khan's arrest in a drugs case. 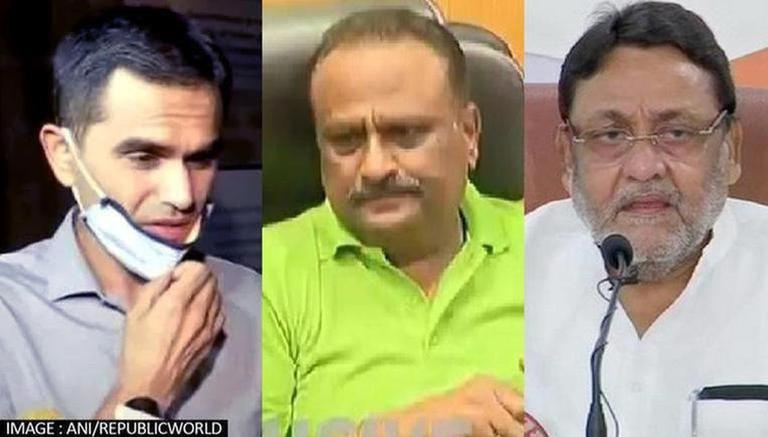 
Nationalist Congress Party (NCP) leader and Maharashtra Minister Nawab Malik on Friday issued an unconditional apology to the Bombay High Court over remarks on NCB Mumbai Zonal Director Sameer Wankhede and his family despite an assurance given to HC asserting that he would not do so.

Appearing for Malik, senior counsel Aspi Chinoy submitted an affidavit by the Minority Affairs Minister where he apologised for violating the November 29 order of the court. In the affidavit, he claimed that his intention was not to dishonour the court by breaching his own undertaking.

"I offer my unconditional apology to this court in terms of breaches of the undertaking given on November 25 and November 29," he said in the affidavit.

NCB officer Sameer Wankhede's father Dnyandev Wankhede had filed a breach of defamation on Monday against Nawab Malik for breaching his consent terms by issuing statements against the family.

In the affidavit, Malik said that he will not make any personal comments against the Wankhede family until the court hear the defamation case filed against him by Dnyandev.

"I, however, believe my statement will not prevent me from commenting on the political misuse of central agencies, and the conduct of their officers in the course of performance of their official duties hereafter," he added. Meanwhile, the high court accepted Malik's apology.

In his defamation suit, Dnyandev had claimed that the Maharashtra Minister went after his son Sameer Wankhede following his son-in-law Sameer Khan's arrest by the NCB in a drugs case. Besides seeking damages to the tune of Rs 1.25 crore, Dhyandev had requested the high court to restrain Malik from making and posting defamatory material. He also demanded the deletion of such comments from the minister's social media platforms.

READ | BJP says 'Nawab Malik's pot of sins about to explode; to face actions like Deshmukh'

The court had earlier reprimanded Malik for not approaching the caste scrutiny committee but making comments on Wankhede's caste certificate in media. Sharing details of Sameer Wankhede's mother, the Maharashtra minister had alleged that the NCB officer had forged the document. He also alleged that there are two death certificates of Zahida Wankhede, with each mentioning different religions.

Tweeting both the death certificates, Malik had said, "Another forgery, Muslim for funeral and Hindu for the official document? Blessed is Dawood Gyandev."