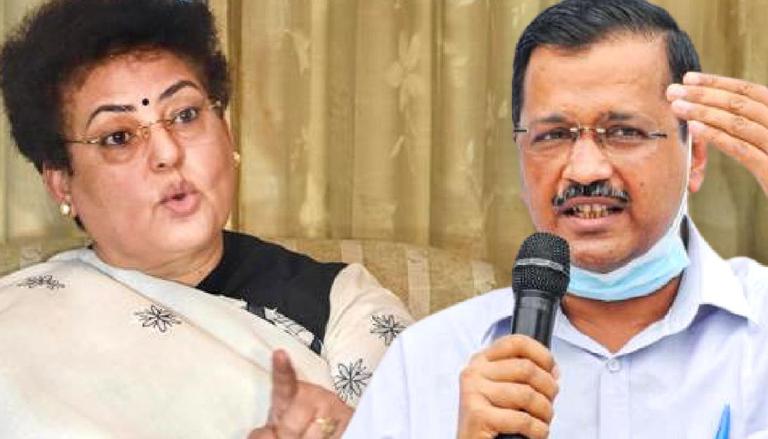 
After Arvind Kejriwal tested COVID positive, National Commission of Women Chief Rakha Sharma on Tuesday slammed the Delhi Chief Minister for 'roaming around without masks' at roads shows. Taking to her official Twitter handle, Sharma said, "Do you know how many people you have infected?"

Sharing the AAP supremo's Tweet informing the country about him testing positive, Sharma pulled him for his hypocrisy. She wrote, "At one side you are telling people to follow protocol when you yourself not following."

Interestingly, Arvind Kejriwal had been a part of a lot of gatherings in the past few days, the most recent being on Monday, when he had attended a massive rally of AAP in Uttarakhand. Before that, he had visited poll-bound Punjab from December 30 to January 1 where he took part in a lot of party rallies, including a 'Shanti Yatra' in Patiala where he was seen marching alongside hundreds of people without wearing a mask.

Do you know how many people you infected when you were roaming around without mask in road shows? At one side you are telling people to follow protocol when you yourself not following. https://t.co/4JSUpAdvm4

Meanwhile, owing to the rise in COVID cases, a meeting of the Delhi Disaster Management Authority was held on Tuesday. Post the meeting, Deputy Chief Minister of Delhi Manish Sisodia announced the imposition of a weekend curfew in the national capital.

"Most importantly, there will be a curfew on Saturday and Sunday, i.e weekends. We appeal to the people that they should not leave their homes during curfew. They should step out in case of essential purposes such as hospitals. Apart from government offices rendering essential services, everyone will be barred from attending the office and only work from home will be allowed," he remarked.

On weekdays, Delhi has mandated that shops in markets will be allowed to open between 10 am and 8 pm on an odd-even basis. While restaurants and bars are permitted to function from 8 am- 10 pm with 50% seating capacity, hotels are not allowed to host conferences. Furthermore, multiplexes, theatres, banquet halls, auditoriums, spas, gymnasiums, entertainment parks and Yoga centres have been asked to remain closed.

All types of gatherings are banned with marriage functions and funerals restricted to 20 persons each. There is also a curb on the movement of persons between 10 pm and 5 am.

On January 3, Delhi witnessed a further rise in cases with 4099 persons testing positive for the novel coronavirus. In India, there are 1,45,582 active coronavirus cases whereas 3,42,95,407 patients have recovered and 4,81,893 deaths have been reported