'They don't know what to do...' | 'Neither PM Nor FM Knows Economics,' Quips Swamy; Targets Centre Over Lack Of Consultation

BJP leader Subramanian Swamy criticised his own party's government at the Centre and held the FM Sitaraman responsible for the price rise in India. 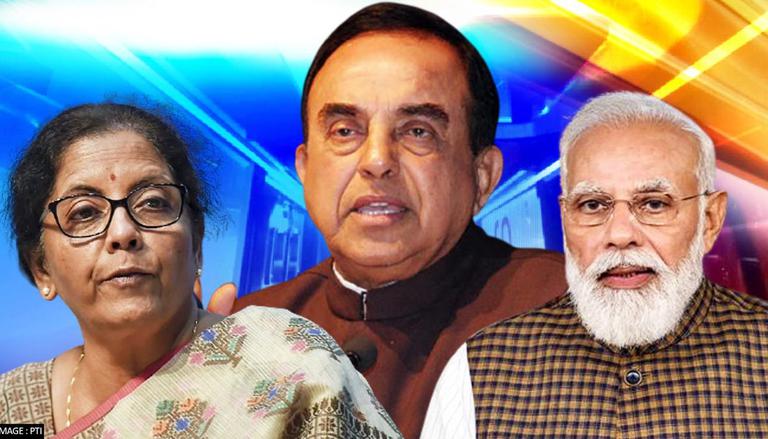 
Bharatiya Janata Party MP Subramanian Swamy has now criticised his own party's government at the Centre over the economy. Swamy on Monday said that neither the PM nor the finance minister know economics and claimed that they never consult others with the same. He also criticised the Centre for the decline of growth rate and rise in prices in the country.

Speaking to reporters in Mathura, BJP leader Subramanian Swamy turned eyeballs as he criticised his own party's government at the Centre. Swamy held Union finance minister Nirmala Sitharaman responsible for the price rise in the country, saying she does not consult anyone. "The government does not understand economics, neither the PM knows nor the finance minister," Swamy said.

Further adding to the strong statement, he said, “They do not know what to do even when the growth rate has declined.” The party as well as the finance minister is yet to react to the comments. However, this is not the first time Swamy has made strong comments on his party’s government over the economy. Back in 2019, Subramanian Swamy had claimed that neither PM Modi nor then Finance Minister Arun Jaitley knew economics. In apparent backhanded praise, Swamy said he did not understand why the PM kept mentioning India as the world’s fifth-largest economy. He said that calculations proved India to be the third-largest economy in the world at the time after USA and China. He claimed that based on the calculations, both the FM and the PM were wrong.

Furthermore, reacting to some Hindutva groups' claim that places of Hindu worship once stood at spots where now mosques are located, the MP said the Centre is yet to respond to the suit filed by him for the repealing of the Places of Worship (Special Provisions) Act, 1991. The Act mentioned by Swamy prohibits the filing of a lawsuit to reclaim a place of worship or seek a change in its character from the time of independence, August 15, 1947. This comes as some Hindutva groups demanded to reclaim religious places at Mathura and Kashi. Further, Swamy added that he is not satisfied with the government’s way of dealing with China over the border issue.