On Wednesday, newly appointed West Bengal BJP president Sukanta Majumder claimed that the ruling party TMC in the state is suppressing the voice of the people. 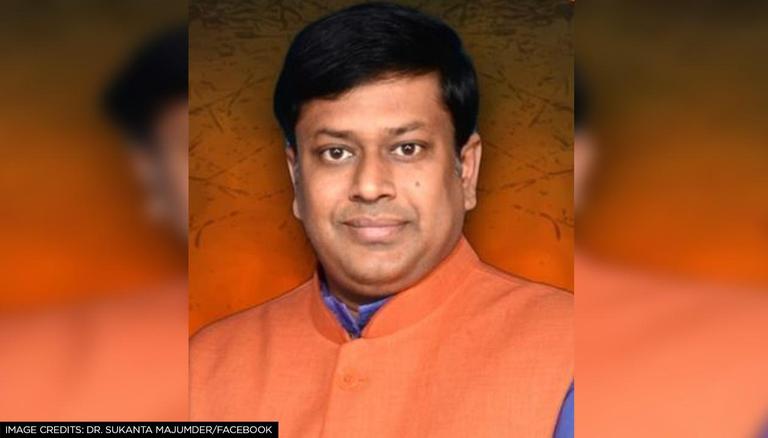 
On Wednesday, newly appointed West Bengal BJP president Sukanta Majumder claimed that the ruling party TMC in the state is suppressing the voice of the people in an undemocratic manner. He said that the people of West Bengal are afraid to express their views openly in the TMC regime. Sukanta Majumder claimed that the ruling party does not want people to exercise their franchise and added that he does not know the reason behind it.

Briefing the media, Majumder said, "I will ask everyone to vote (in the coming assembly bypoll) without fear, in a free manner. Vote for whoever you like and don't feel intimidated by any party."

Further describing the death of Dhurjati Saha, the BJP candidate for Magrahat Poschim assembly seat at a city hospital on Wednesday, the BJP leader said,

"We have information that he was attacked by TMC miscreants on May 2, which was the day of counting of the West Bengal assembly poll and resulted in his death."

He added, "This lowers the head of the people of Bengal. A candidate had been attacked in Didi's (Mamata Banerjee) Bengal. This shows how opposition BJP activists and leaders are being attacked since the day of counting of the state assembly poll."

Speaking about the allegations of graft against TMC leaders in the smuggling of coal and sand in the distribution of relief after Cyclone Amphan, Majumder stated, "TMC leaders are steeped in corruption everywhere, even in villages. They are demanding cut money for every project."

Majumder said that the Enforcement Directorate is sending 'invitation letters' to several TMC leaders in reference to the summoning of TMC heavyweights. On TMC MP Sougata Roy blaming PM Narendra Modi for the rise in fuel price, Majumder said, "If petrol and diesel are brought under GST, I am sure the price will be below Rs 70 for every litre. Why is Chief Minister Mamata Banerjee not issuing a one line statement announcing the same?"

Taking a dig at Roy, he added, "An elderly leader like him was seen wading through knee deep water before his residence. It was such a sad sight. He should rather think about the ways to contain waterlogging."

In response to the agitation by applications to contractual teacher posts, he said that there has been largescale corruption in the recruitment of teachers in the state.