Nisith Pramanik joined the new Modi cabinet at the age of 35 year. He is the youngest cabinet minister. Pramanik took oath as the Minister of States. 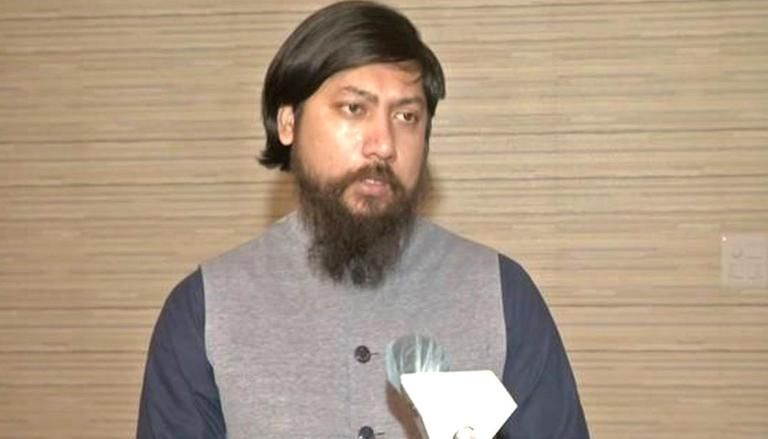 
The Union Cabinet Reshuffle of Prime Minister Narendra Modi took place on Wednesday, July 7, where a total number of 43 ministers(new and old both) joined the Modi Cabinet. On one hand, the older union cabinet ministers dropped team Modi, while on the other, the youngest joined it only at the age of 35. Nisith Pramanik becomes the youngest member of the new Modi cabinet at the age of 35 years. The youngest member took an oath as the Minister of State, at Rashtrapati Bhavan, administered by the President of India Ram Nath Kovind. Nisith Pramanik, who was a BJP MP from Cooch Behar in 2019, now became the first-ever central minister from his hometown, Cooch Behar, in West Bengal. Before joining BJP in 2019, Nisith was a member of  Mamata Banerjee's Trinamool Congress(TMC). Before taking an oath as the Minister of State in the Modi Cabinet, the youngest cabinet thanked almighty by sharing a tweet on his Twitter account,

"By the blessigns of almighty going to take the charge in Ministry of Home Affairs as Minister of States at 3.30 pm today."

By the blessings of almighty going to take the charge in Ministry of Home affairs as Minister of States at 3.30 p.m today. @PMOIndia @AmitShah @JPNadda .

Nisith Pramanik is well known for bringing Cooch Behar under the influence of the ruling party and putting it on the political map of India. Pramanik began his political career by joining hands with Trinamool Youth Congress. Differences began arising between Pramanik and TMC during the 2018 Panchayat elections in West Bengal. In 2019, he joined Bhartiya Janata Party(BJP) and was given a BJP ticket in the Lok Sabha elections, just after few months of joining the party. He was also fielded by BJP in assembly elections from Dinhata, Cooch Behar Lok Sabha Constituency. Nisith won the elections with a slight margin of 57 votes. But the MP resigned his MLP-ship from Dinhata in order to continue his political career as an MP. In the 2021 assembly elections, Modi's BJP managed to retain its stronghold in upper North Bengal, when the whole of Bengal was filling the vote bank of Mamata Banerjee's TMC. In Nisith Pramanik's constituency, Cooch Behar, BJP won a total of seven seats out of nine seats.