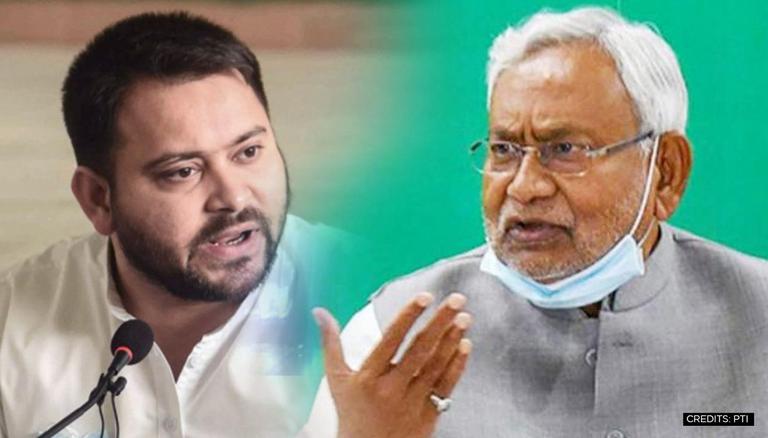 
After Bihar Minister Madan Sahni announced his resignation on Thursday, RJD leader Tejashwi Yadav predicted the collapse of the Nitish Kumar-led government. Mocking the CM in a conversation with reporters a day earlier, he stated, "Nitish Kumar is a tired CM. The people's mandate was not for him. He formed the government through the backdoor and we have repeatedly pointed out that bureaucracy rules the roost in Bihar".

Taking a swipe at the state government, the former Deputy CM remarked, "A JD(U) Minister who comes from the Extremely Backward Class community and yet not even a peon listens to his advice. A BJP MLA accuses BJP Ministers of taking bribes for transfer and posting of officials. This implies that corruption is at its peak in Bihar."

"At least now, the conscience of Nitish Kumar must wake up. I have been saying from the beginning that his conscience has drowned in the Bay of Bengal. He should live the remainder of his life with a straightforward approach," Tejashwi Yadav added.

READ | Bihar CM hits back at Paswan for alleging his role in LJP split, calls it 'publicity'

Previously, Madan Sahni made it clear that he was resigning solely due to the non-cooperation from the bureaucracy. Sahni is a JD(U) MLA who won from the Bahadurpur seat in the 2020 Bihar Assembly polls by a margin of over 2000 votes. Speaking to the media on Thursday, he contended that there was no point in continuing as a Minister if he was unable to work for the people. Moreover, he claimed that bureaucrats treat both MLAs, as well as Ministers, in a similar manner.

Social Welfare Minister Madan Sahni said, "I am resigning only and only because of bureaucracy. I am not greedy. If I can't serve the people, if officers don't listen to me, people's work won't get done. If people's work isn't getting done, I don't need such a post. The bureaucrats are intemperate."

"Both MLA and Minister get the same importance. It is not as if someone's importance increases if he becomes a Minister. Some bureaucrats do the work after MLAs apply pressure," he claimed. Meanwhile, there was another controversy as Bihar BJP MLA Gyanendra Singh Gyanu accused 75-80% of Ministers belong to the party of taking bribes to facilitate the transfer and posting of officials which took place on Wednesday. Furthermore, he cited a leaked audiotape to claim that Rs.42 lakh of BJP funds had been swindled.