In a major setback to the Eknath Shinde camp, the resolution to move a no-confidence motion against Deputy Speaker Narhari Zirwal was rejected on Saturday. 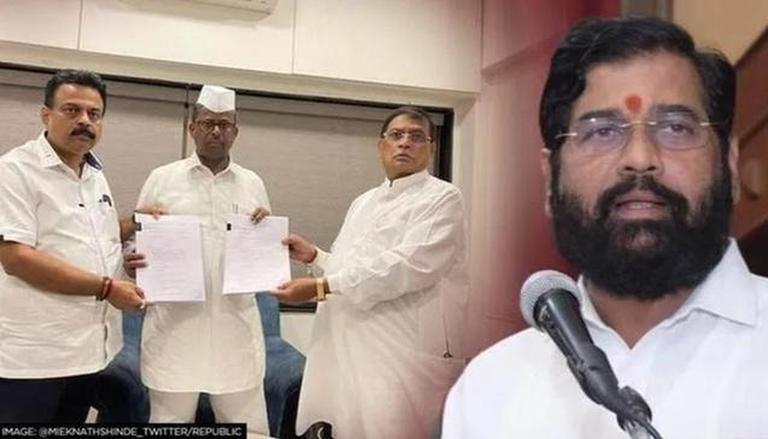 
In a major setback to the Eknath Shinde camp, the resolution to move a no-confidence motion against Deputy Speaker Narhari Zirwal was rejected on Saturday. As per sources in the Vidhan Bhavan, this decision was taken as the rebel Shiv Sena camp's letter giving notice for the removal of the Deputy Speaker was sent via a random email address. Moreover, none of the MLAs who were signatories to the letter submitted it to the office. Sources also indicated that no original signature was there on the letter. This development assumes significance as Zirwal has initiated disqualification proceedings against 16 rebel MLAs.

Earlier in the day, another rebel Sena MLA Mahesh Shinde explained his reason for disillusionment with the party's alliance with NCP and Congress. The Koregaon MLA attributed the reason for their disenchantment to NCP's purported aim to undermine and defeat all Sena legislators in the next election. For instance, he claimed that NCP MLAs were getting more than 10 times the funds received by their Sena colleagues for development work in their constituencies. Furthermore, he asserted that Maharashtra CM Uddhav Thackeray failed to stop this discrimination.

READ | Shinde Camp MLA Kesarkar slams Aaditya's 'deserted for money' claim; 'How can one buy me?'

Taking on the Sharad Pawar-led party, he said, "NCP state chief Jayant Patil came to every constituency of ours and declared that the MLA in the next election will be from NCP only and the Shiv Sena MLA will not be seen in this constituency hereafter. We were repeatedly apprising the CM about this. He would say that these things would stop. But nothing stopped. It was impossible for us to work under such circumstances. NCP was making tremendous efforts to defeat us. On one hand, this party was with us in the Maha Vikas Aghadi and backstabbing us on the other hand. Angered by this, all of us have come together here."