No Instruction By Centre On Release Of Non-Muslims In Assam's Detention Camps: MoS Rai

Amid nationwide protest on CAA, debate on who set up the detention camps, Union Minister of state for home Nityanand Rai on Thursday has responded in Lok Sabha

Amid nationwide protest on the Citizenship Amendment Act (CAA), and a debate on who set up the detention camps, Union Minister of state for home Nityanand Rai on Thursday has responded in the Lok Sabha. He said that all those in camps who have petitioned in the Gauhati High Court and satisfy the conditions of the two notifications issued by the Central Government on September 2015 under Passport Act, 1920 or Foreigners Act, 1946, will be released. However, he clarified that there is no official order from Centre.

Rai was replying to a query by Assam Congress MP Abdul Khaleque. "No specific instruction has been issued by the central government regarding the release of such migrants from detention centres after enacting the CAA," Rai added.  Responding to another Assam Congress MP, Pradyut Bordoloi, Rai said that the Assam government has not constructed "any detention camp in Assam exclusively to detain those who do not have documents proving their citizenship under NRC." 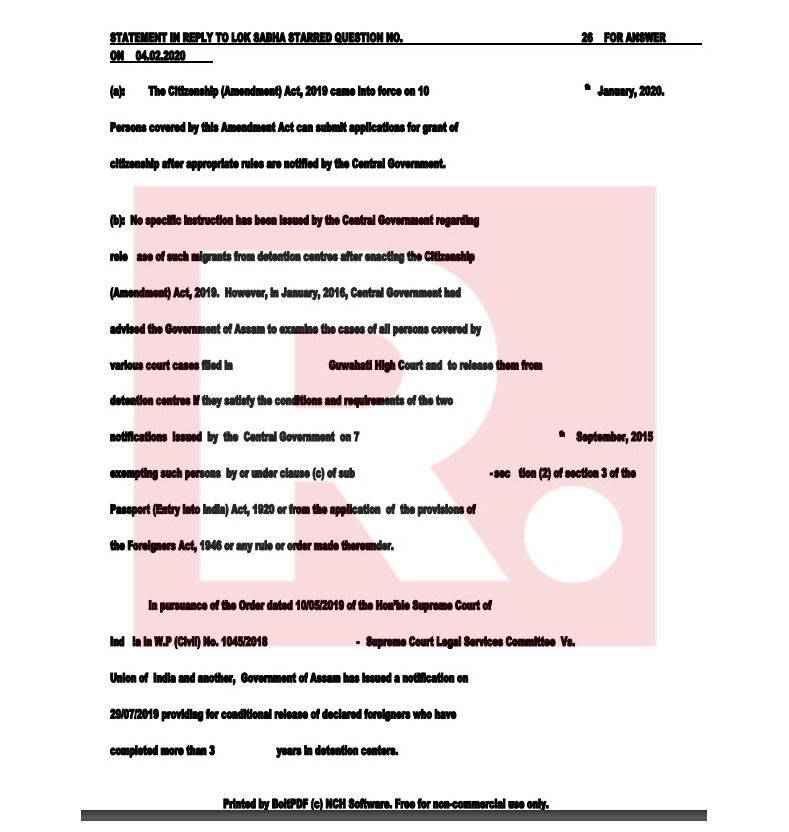 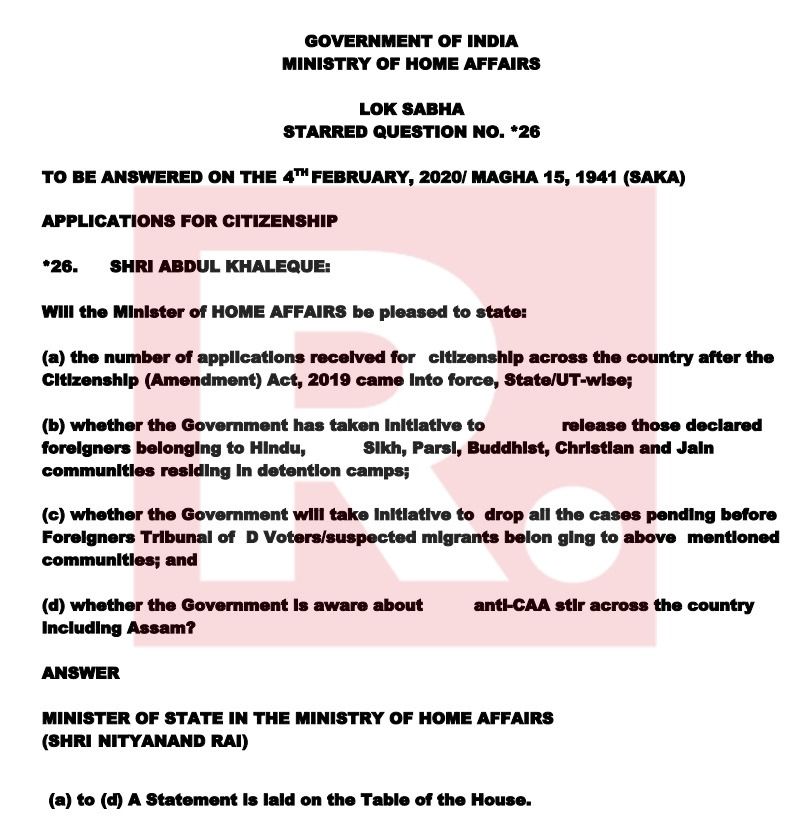 Blame game on the detention centre

The statement by the MoS comes days after Prime Minister Narendra Modi on December 22, while addressing a public rally in Delhi Ramlila Maidan said that "there are no detention centres" and also denied any talks on a pan-India NRC. "There has been no talk on NRC anywhere. It was only implemented in Assam after the Supreme Court's direction. Lies are being spread. Educated nasalis -- urban Naxals -- are spreading the rumour that all Muslims will be sent to detention centres," Prime Minister had said.

Meanwhile, senior Congress leader Tarun Gogoi had said that his Congress government in Assam had set up detention camps in the state as per a Gauhati High Court order. However, he also claimed that the BJP-led government at the Centre in 2018 had sanctioned Rs 46 crore for the detention centre in Assam's Goalpara district. "In 2018, the Narendra Modi government had sanctioned Rs 46 crore for constructing the largest detention centre at Matia in Goalpara district of Assam for housing 3,000 illegal immigrants," he added.