Patra stated that the Centre should raise the MSP of paddy to Rs 2,930 per quintal, as per the unanimous resolution of the Odisha Vidhan Sabha in 2017. 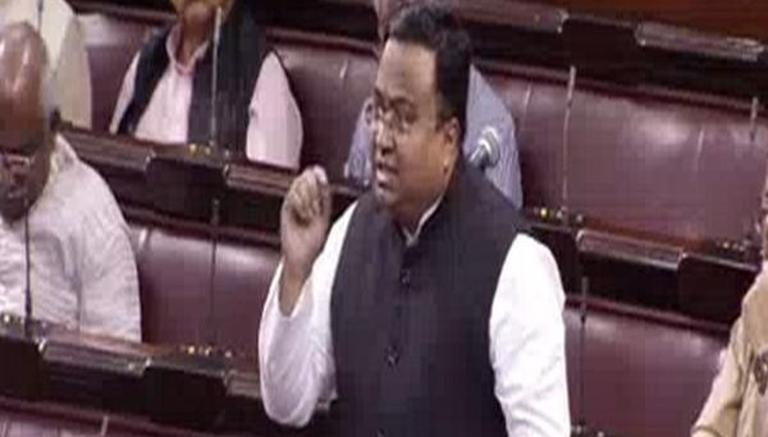 
On Thursday, Biju Janata Dal, addressing a press conference, placed numerous demands before the central government, primarily focusing on the development of the farmers and the improvement of their livelihood. The party requested the Centre to raise the MSP of paddy to Rs 2,930 per quintal, as per the unanimous resolution of the Odisha Vidhan Sabha in 2017.

“The MSP of Paddy should be increased by 1.5 times of the C2 value as per the Swaminathan Commission report recommendations. Thirdly, the surplus parboiled rice of Odisha should be lifted immediately which would otherwise cause great hardship to the lakhs of farmers of Odisha and particularly from western Odisha,” BJD spokesperson Sasmit Patra said listing out the demands from the Centre.

“Fourthly, Rs. 10,333 crores of food subsidy bill pending with Centre should be immediately released to Odisha and fifth and finally, Rs. 5454.67 Crores towards additional interest incurred by Odisha due to delay of release and short release of subsidy by Centre till March 31, 2022, should be released immediately,” the BJD spokesperson said.

Sasmit Patra further said, “The Centre had increased the MSP of common grade variety of paddy by Rs 100 per quintal, Rs 1,940 in 2021-22 to Rs 2,040 per quintal for 2022-23 crop year for common variety. This increase of merely Rs. 100 per quintal is not sufficient and the BJD has been demanding for increasing the MSP for paddy to 1.5 times of the Cost of Production at C2 value; as per the Swaminathan Commission Report recommendations but the Centre has not done it so far.”

Recalling a resolution passed by the Odisha Assembly for the increase in the MSP for farmers, the BJD leader alleged that the Centre has not fulfilled the demands in the resolution, though the state leaders of the BJP had unanimously supported it.

“On March 25, 2017, the Odisha Vidhan Sabha had unanimously passed a resolution recommending that the MSP of common paddy be increased to Rs 2,930 per quintal. All MLAs including those from BJP, Congress, and BJD had unanimously supported this. But even after five years of the passage of this resolution and numerous demands placed by the BJD MPs in the Parliament as well as in the Odisha Vidhan Sabha, the Centre has not implemented it and Centre has also decided to stop lifting of surplus parboiled rice from Odhisha,” BJD spokesperson Sasmit Patra further claimed.

“Apart from the issue of increasing the MSP of paddy to Rs. 2930 per quintal, the Centre has also decided to stop lifting surplus parboiled rice from Odisha. Most of the rice produced in Odisha is par-boiled rice and is one of the leading states contributing to the PDS rice in the nation. The Centre’s decision to stop lifting surplus par-boiled rice will adversely affect lakhs of farmers of Odisha and that too from the western Odisha majorly,” he said.