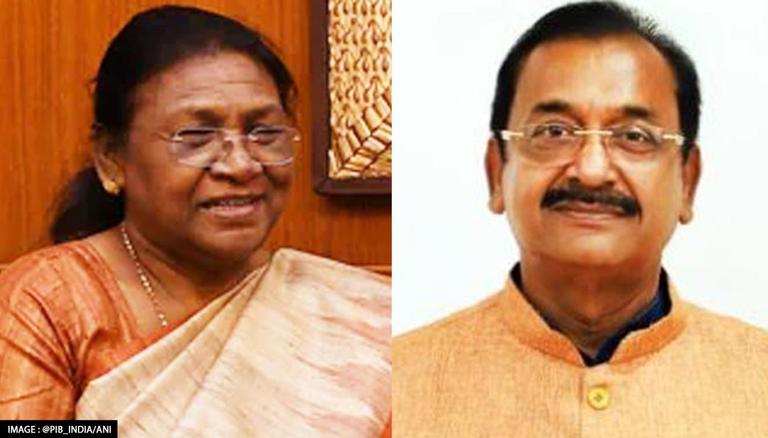 
After the announcement of Droupadi Murmu as the National Democratic Alliance's (NDA) candidate for the upcoming Presidential elections, the celebrations in Murmu's home state and Odisha's BJP headquarters are continuing in full swing. Party workers were seen dancing to the beats of the dhol celebrating the nomination of Droupadi Murmu. Commenting on her selection, Odisha BJP chief Samir Mohanty stated that the nomination of Murmu reflects the saffron party's vision.

First a Dalit President, and now a tribal candidate, that too woman. This reflects our party's vision...: Odisha BJP chief Samir Mohanty pic.twitter.com/dqkGF8y5Iy

He added that the selection of a woman from a tribal community is the testimony of the party's ideology. He said, "First a Dalit President, and now a tribal candidate, that too woman. This reflects our party's vision."

It is essential to mention here that Droupadi Murmu will be filing her final nomination papers on June 24. JP Nadda announced NDA's presidential candidate on June 21, stating that it has a historic move. BJP president JP Nadda said, "For the first time, preference has been given to a woman tribal candidate. We announce Draupadi Murmu as NDA's candidate for the upcoming Presidential elections."

If elected, Murmu will become the first-ever President born in the post-Independence era. It is also pertinent to note that she will also be the first woman from the tribal community to become the President, as well as the second-ever female President of India.

Murmu has already been provided with a  Z+ security cover by the armed Central Reserve Police Force (CRPF) personnel. "The Centre has accorded a Z+ security cover of CRPF commandos to the NDA's presidential candidate Droupadi Murmu," officials said on Wednesday, PTI reported.