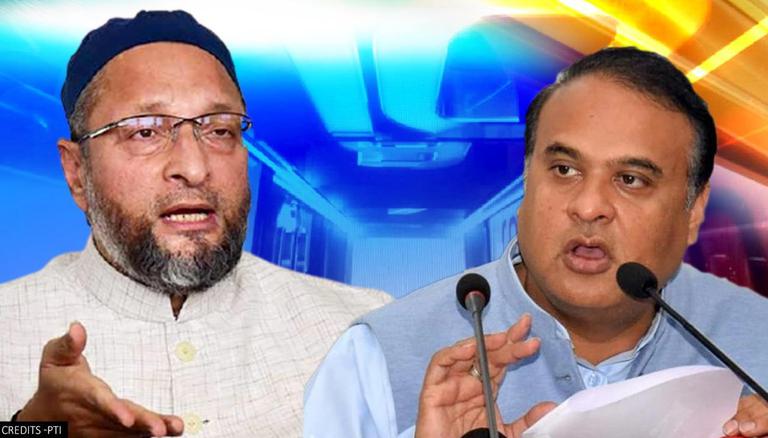 
AIMIM president Asaduddin Owaisi on Thursday took umbrage at Assam CM Himanta Biswa Sarma's "population control" appeal to the minority community. Strongly refuting the notion that there is a population explosion in Assam, he claimed that this was a ploy to blame the poor and marginalized sections of the society. To buttress his point, he pointed out that Assam had already achieved a Total Fertility Rate of 2.1 which is below the national average of 2.2.

Moreover, he recalled that even the Centre had opposed coercive family planning members before the Supreme Court. Owaisi opined, "Your government should worry about skewed sex ratio due to barbaric practice of sex-selective abortions. It’s projected that even in 2036 Assam’s sex ratio will still be seriously skewed in favour of men. There’s a clear need to fight against underlying sexist cultural ideas".

According to him, the discourse on "population control" was premised on the notion that there are fewer resources compared to the number of people in the country. However, the Hyderabad MP stressed that the real problem was that a small part of the population was garnering a majority of India's resources. For instance, he cited a study conducted by the Savitribai Phule Pune University, the Jawaharlal Nehru University and the Indian Institute of Dalit Studies from 2015 to 2017 to highlight the unequal distribution of wealth.

Assam CM has again started talk of “population control”. This is Hindutva-speak for blaming poor & marginalised

Here are the facts @himantabiswa

Owaisi's reaction was based on comments made by Himanta Biswa Sarma at a press conference to mark the completion of 30 days of his government. Addressing the media, he made the "population control" remark while answering a question regarding a series of anti-encroachment drives where many of the displaced people belong to the minority community. The Assam CM urged the minority community to adopt a "decent family planning policy" to reduce poverty.

Asserting that encroachment cannot be allowed on forest, temple and satra lands belonging to Vaishnavite monasteries, he linked it to the high growth rate of population. He added,  "If the population explosion continues, one day even the Kamakhya temple land will be encroached upon". While the Sarbananda Sonowal-led government had introduced a policy in 2017 barring persons with more than two children from securing government jobs and contesting local body elections, it is yet to be implemented.