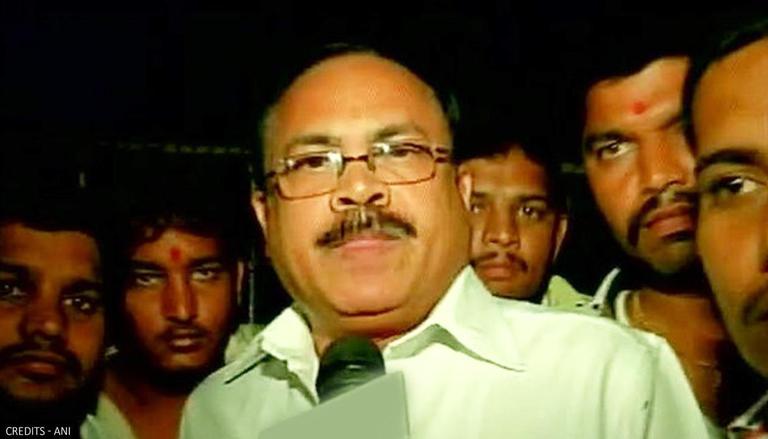 
In a major setback to the Telangana unit of BJP, former Minister E Peddi Reddy has resigned from the party ahead of the Huzurabad by-poll on Monday, July 26. He will officially join Telangana Rashtra Samithi (TRS) Party soon.

Peddi Reddy in his resignation letter to the BJP Chief Bandi Sanjay stated that in the changed political circumstances, his mind was not allowing him to continue in the party and hence he was resigning to the primary membership of the party. He thanked all those who supported him while he was at the party. He also thanked the BJP president for giving him an opportunity to work as a worker in the party.

Peddi Reddy told ANI, "It is my personal decision. I'm joining the ruling TRS party for better development of my constituency."

He added, "I have got the invitation from Chief Minister K Chandrashekhar Rao to join TRS and I have honored it. I will be officially joining the TRS soon.

Following former Minister and senior leader Motukupalli Narsimhulu's resignation, Reddy is the second senior BJP leader to quit the party. Both leaders had quoted their resentment against the entry of former TRS leader Eetela Rajender into BJP.

Reddy had contested unsuccessfully from Huzurabad in the 2018 elections. And now with Rajender coming into BJP, there was no scope for Peddi Reddy to continue as the former TRS leader who would be the candidate in the bypoll.

Reddy had been protesting against the entry of Rajender alleging that how the party can include a person who has been facing charges of encroachments. He preferred to quit BJP though the party leaders tried to calm him by offering him accommodating in the nearby constituency Husnabad in the future.

The by-election is on-demand due to the resignation of former Health minister Eatala Rajender who has joined the BJP. His party shifted is reasoned as the rise in inquiries into alleged land grabbing by companies owned by his family. Earlier a BJP delegation including Rajender had met Union Home Minister Amit Shah in Delhi and discussed Huzurabad by-polls. Amit Shah has also confirmed that he will take part in the by-elections campaign.

WE RECOMMEND
Bengal BJP youth wing leader dies of cardiac arrest after attending party meet
Goa battle: 'No need for other names', BJP to go forward with Pramod Sawant as CM face
Yediyurappa rules out divide in Karnataka BJP; has 'no idea' why they want to change CM
'BJP can form govt in Bihar by contesting polls alone': Minister fires salvo at CM Nitish