Taunting the Centre over its refusal to file an affidavit regarding Pegasus snooping, Shiv Sena on Wednesday, claimed that the Modi govt was playing hide & seek 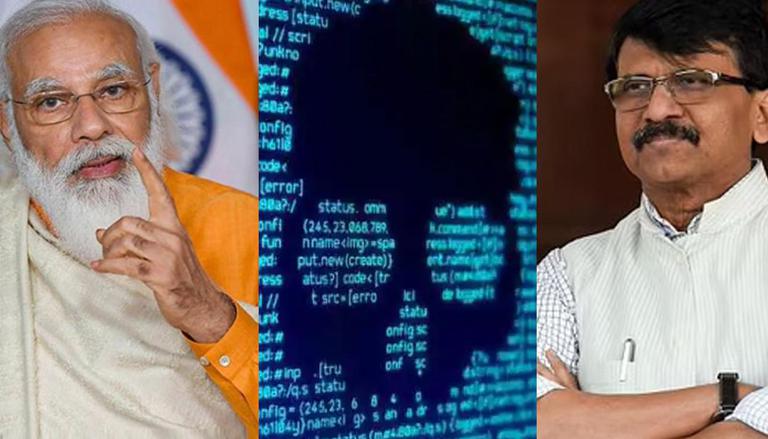 
Taunting the Centre over its refusal to file an affidavit regarding Pegasus snooping, Shiv Sena on Wednesday, claimed that the Modi govt was playing 'hide and seek' on the issue. Pointing out that the Opposition had sought a Parliamentary debate on the alleged snooping, Sena via its mouthpiece Saamana, slammed the Centre's denial in both the House and the Supreme Court. Claiming that the Opposition was as worried as the Centre about national security, Sena urged the Centre to clarify if Pegasus was used to spy on political opponents, journalists or not.

Sena's censure comes a day after Centre refused to file a detailed affidavit on the pleas, stating that it will issue a report to the SC after a committee of experts probe into the allegations. Moreover, the SC bench of CJI NV Ramana, Justices Surya Kant and Hima Kohli said that it will pass an interim order in two and three days which will concern mainly regarding the constitution of the committee to probe the allegations. The Centre has refuted all allegations of any spying via Israeli spyware Pegasus, but did not hold a debate in the Parliament on the allegations.

The Centre has told SC  it has nothing to hide and that is why it has on its own said it will constitute a panel of domain experts. The Centre added that whether a particular software was used or not is not a matter for public discussion. Report of the committee of domain experts will be made available to SC,  said Solicitor General Tushar Mehta to the apex court. The court is hearing as many as 12 pleas, including the one filed by the Editors Guild of India, seeking an independent probe into the matter.

A report by sixteen media houses claimed that 300 verified Indian mobile telephone numbers were allegedly spied upon using Israeli surveillance technology firm Pegasus - which only has 36 vetted governments as its clients. As per a 'leaked' database, numbers of those allegedly spied upon include over 40 journalists, three major opposition figures, one constitutional authority, two serving cabinet ministers, current and former heads, and officials of security organizations and businessmen. The target also includes the eight activists currently accused of the Bhima Koregaon case. The report claimed that the leaked numbers mainly belong to ten countries - India, Azerbaijan, Bahrain, Hungary, Kazakhstan, Mexico, Morocco, Rwanda, Saudi Arabia, and the United Arab Emirates. Supreme Court is hearing a bunch of pleas seeking an SC-monitored probe into the allegations.