In a big development on Monday, Delhi CM Arvind Kejriwal revealed that Moderna and Pfizer had refused to directly sell their vaccines to the AAP government. 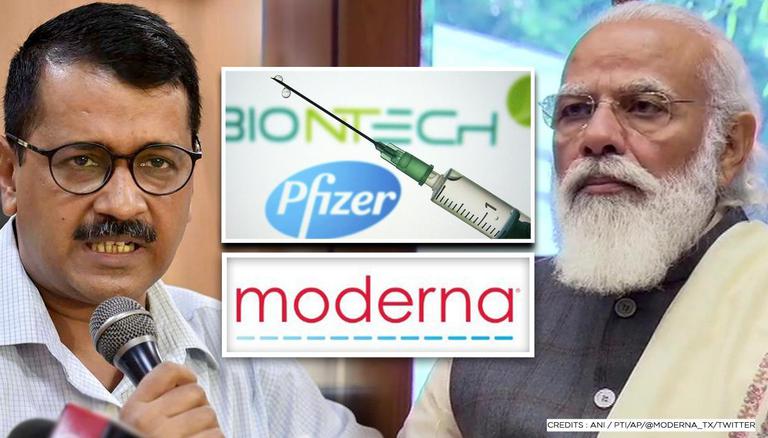 
In a big development on Monday, Delhi CM Arvind Kejriwal revealed that Moderna and Pfizer had refused to directly sell their vaccines to the AAP government. Addressing the media during a visit to the oxygen cylinder depot in Mayapuri, Kejriwal mentioned that the companies were only ready to talk with the Centre. Earlier, the Punjab government too had encountered a similar response from Moderna.

Therefore, the AAP supremo again demanded that the Union government should negotiate with the foreign vaccine manufacturers, procure the necessary stock and them distribute the vaccines among states. A total of 39,54,032 persons have been inoculated in the city whereas 11,58,647 of them have received the second dose of the vaccine too. At present, there are 27,610 active novel coronavirus cases in Delhi while 13,66,056 patients have been discharged and 23202 deaths were reported.

We've spoken to Pfizer, Moderna for vaccines, and both the companies have refused to sell vaccines directly to us. They have said that they will deal with the Government of India alone. Appeal to the Centre to import vaccines and distribute to the States: Delhi CM Arvind Kejriwal pic.twitter.com/aTKc67447w

Two days earlier, Arvind Kejriwal officially announced that the vaccination for the 18-44 age group was being temporarily halted owing to a paucity of vaccines. Moreover, he claimed that the Centre has reduced the vaccine quota of the national capital for the month of June. According to him, Delhi was poised to receive only 8 lakh doses from the Union government next month as opposed to the monthly requirement of 80 lakh vaccines. It is pertinent to note that the Delhi government has already asked Bharat Biotech, Serum Institute of India and Dr Reddy's to supply 67 lakh vaccine doses each.

On this occasion, Kejriwal put forth 4 suggestions to ramp up vaccination including emergency approval for foreign COVID-19 vaccines. This includes giving approval to all foreign vaccines in a time-bound manner and allowing them to produce vaccines in India. Additionally, he requested the Centre to immediately summon all vaccine manufacturing companies in India and order them to start producing vaccines on a war footing.