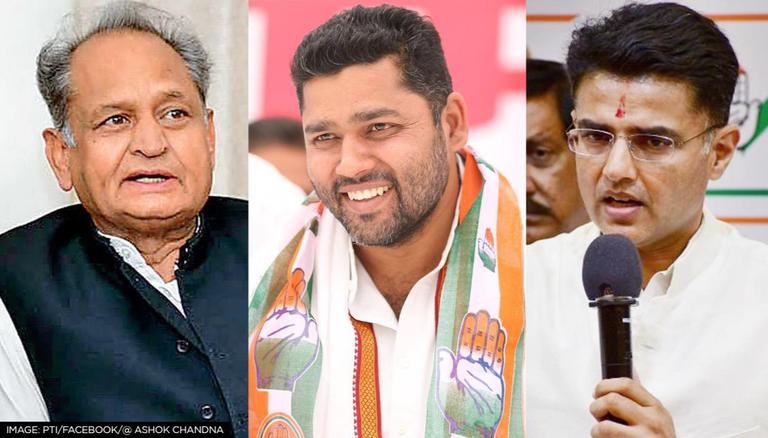 
The infighting in Rajasthan Congress exploded on Saturday after a Minister in Ashok Gehlot's government accused former deputy Chief Minister Sachin Pilot of attempting to topple the State government. Youth Affairs Minister Ashok Chandna claimed that supporters of Pilot were abusing him on social media for the past two years. He also alleged that Pilot camp MLAs were mobilising support to topple the state government.

"His (Sachin Pilot) supporters have been abusing me on social media for two years. About 10 days ago, his MLA said at a program that all Gurjars who were not with Sachin Pilot in toppling the Congress government are traitors and the society should teach them a lesson," Chandna told reporters.

This comes after slippers were hurled at Ashok Chandna by supporters of Sachin Pilot during a program held for the Gurjar community in Puskar. The Gehlot camp minister was heckled off the state and forced to leave the event after the crowd went berserk. They shouted slogans of 'Sachin Pilot' Zindabad' and hurled their shoes toward the stage.

READ | Gehlot camp minister attacks Sachin Pilot after shoes hurled at him: ‘If he becomes CM…'

Pilot will be kicked out of politics: Chandna

Following the incident, Chandna accused Pilot of intimidating Gehlot's supporters and attempting to become the CM. In a tweet, he wrote, "If Sachin Pilot becomes the Chief Minister by throwing shoes at me, he should be made soon because I do not wish to fight him today. The day we battle, only one of us will survive and I do not want that."

Issuing a clarification on the controversial tweet, the minister said, "What I meant was.. if our supporters start hurling slippers at (Pilot), just like he lets his supporters humiliate us, it is guaranteed that he will be thrown out of politics. Either one of us will be left, or no one at all."

All is not well in the Rajasthan Congress where CM Ashok Gehlot is engaged in a power tussle with his former Deputy Sachin Pilot. Recently in April, Pilot had given an ultimatum to Congress President Sonia Gandhi to change the leadership in Rajasthan, stating that the party will lose all elections under Gehlot. In the past weeks, several MLAs have extended their support to Pilot, in another round of rebellion faced by Gehlot.