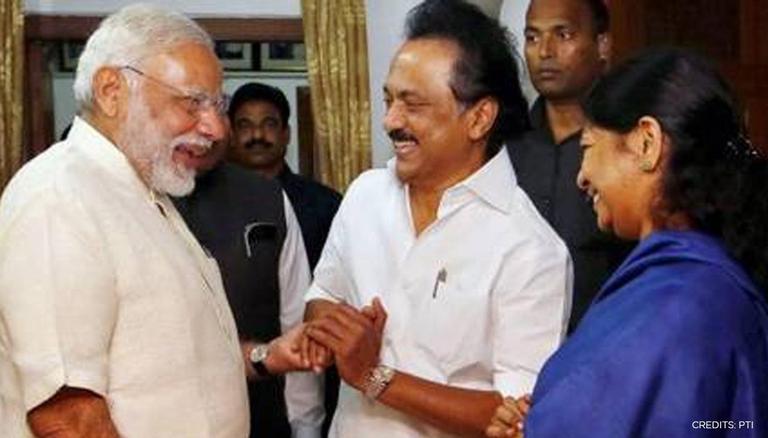 
On Friday, Prime Minister Narendra Modi and other political leaders congratulated DMK president MK Stalin on taking oath as the Chief Minister of Tamil Nadu. As the CM, Stalin has retained the Home portfolio while Palanivel Thiagarajan is in charge of Finance and Human Resources Management. The other 32 Ministers who were sworn in earlier in the day include Duraimurugan (Water Resources), MRK Panneerselvam (Agriculture), MP Saminathan (Information & Publicity), Gingee K S Masthan (Minorities Welfare) and T Mano Thangaraj (Information Technology) and S Reghupathy (Law).

Congratulations to Thiru @mkstalin on being sworn-in as Tamil Nadu Chief Minister.

Taking to Twitter, ex-IPS officer and BJP's unsuccessful poll candidate K Annamalai also wished Stalin on this new phase of his political career. He stated, "Let the state benefit from his leadership. Also wishing all of his colleagues to serve well in their respective ministries". Welcoming this development, Kerala CM Pinarayi Vijayan expressed hope that they can deepen the fraternal love that Keralites and Tamilians have shared for centuries and work together for a better India.

I congratulate Thiru @mkstalin on taking oath as the Chief Minister of Tamil Nadu.

Dear @mkstalin, as you take on your new responsibilities as the Chief Minister of Tamil Nadu, let me wish you great success. I hope that we can further deepen the fraternal love that Keralites and Tamilians have shared for centuries, and work together for a better India.

In a significant political milestone in TN politics, DMK returned to power after 10 years by successfully thwarting AIADMK's bid for re-election. As a part of the winning alliance, DMK, Congress, VCK, CPI and CPI(M) won 133, 18, 4, 2 and 2 seats respectively. On the other hand, AIADMK was reduced to 66 seats. On the other hand, BJP won 4 seats, thus marking its presence in the state Assembly after 20 years. PMK too managed to bag 5 seats. In terms of vote share, DMK polled just 4.41% more than AIADMK.

On the first day of his tenure, the new Chief Minister signed 5 Government Orders catering to various sections of society. For instance, all 'rice' ration cardholders will receive Rs.4000 out of which Rs.2000 will be distributed in May itself to provide some relief to the people amid the COVID-19 pandemic. Fulfilling its manifesto promise, the DMK government has slashed the price of Aavin milk by Rs.3. Moreover, all women can travel in state-owned buses for free from May 8 onwards.

Moreover, a new scheme- 'Ungal Thoguthiyil Mudhal Amaichar' (Chief Minister in your constituency) has been introduced. Under the aegis of this scheme, a new department will be created to address all complaints of the people in the first 100 days of the state government. In another major decision, the expenses for COVID-19 treatment in private hospitals will be covered under the Chief Minister’s Health Insurance Scheme.