Prime Minister Narendra Modi on Tuesday noted that climate change was causing new illnesses and endemics to emerge in the environment, posing a serious threat 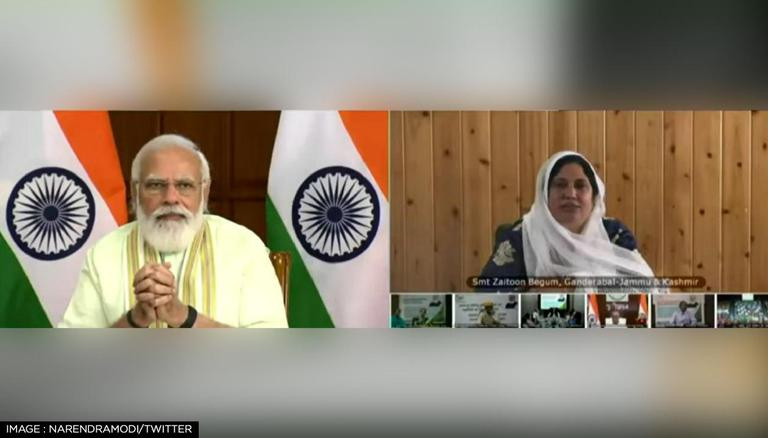 
Prime Minister Narendra Modi on Tuesday noted that climate change was causing new illnesses and endemics to emerge in the environment, posing a serious threat to human and livestock health. Addressing the gathering at the event, PM Modi dedicated 35 crop types with exceptional qualities to the nation via video conference.

35 crop varieties with special traits are being dedicated to the nation. Watch. https://t.co/uVEZATpBZ2

"New diseases and endemics are appearing due to climate change. This is posing a great crisis to the health of humans and livestock, it is also affecting crops. Intensive research on these issues is necessary," PM Modi said.

The crop varieties introduced by the Prime Minister on Tuesday were created by the Indian Council of Agricultural Research (ICAR) to "address the twin issues of climate change and malnutrition." "Thirty-five such crop types with specific qualities including climate resilience and better nutrient content have been produced in the year 2021," according to an official statement.

Further, PM Modi suggested that science, government, and society should collaborate to achieve greater results in improving agriculture, which will benefit people's health. "This nexus of farmers and scientists will further strengthen the nation to face new challenges," he said.

READ | India to emerge as hub of 'medical tourism' with initiatives like Ayushman Bharat: PM Modi

He highlighted the importance of further developing millets and other crops through scientific and research methods. In addition, the Prime Minister dedicated to the country the newly completed Raipur campus of the National Institute of Biotic Stress Management.

On this occasion, the Prime Minister also presented Agricultural Universities with the Green Campus Award. He spoke with farmers who use innovative methods. He also met five farmers: Zaitoon Begum of Ganderbal, Jammu and Kashmir; Kulwant Singh of Bulandshahr, Uttar Pradesh; Darshana Pedenkar of Bardez, Goa; Thoiba Singh of Manipur; and Suresh Rana of Udham Singh Nagar, Uttarakhand. In addition, four of these five farmers were from the four poll-bound states – Uttar Pradesh, Uttarakhand, Manipur, and Goa – where assembly elections are scheduled for early next year. The event was attended by Union Agriculture Minister Narendra Singh Tomar and Chhattisgarh Chief Minister Bhupesh Baghel.

READ | PM Modi pays tribute to Bhagat Singh, says 'he lives in the heart of every Indian'