Four Congress workers were apprehended while one is absconding, in connection with the security breach of Prime Minister Narendra Modi on Monday. 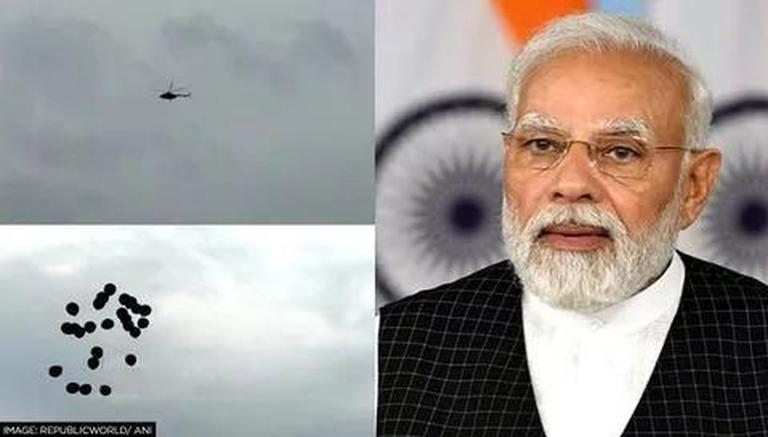 
Four Congress workers were apprehended while one is absconding, in connection with the security breach of Prime Minister Narendra Modi on Monday. The workers of the grand old party were protesting outside the airport in Vijaywada, Andhra Pradesh, where PM Modi's chopper landed at around 08:30 a.m. and took off again at around 12:30 p.m.

As per the clarification by the police, before the PM's arrival at around 10:20 a.m., three people namely Sunkadara Padmashree, Parvathi and Kishore were seen walking towards the airport with black balloons. The police identified them and apprehended the three and booked them under sections 353, 341, 188, 145 of IPC.

Similarly, five minutes after PM Modi took off from Gannavaram airport, at a place named Soorampalli, 4.5 kilometres away from the airport, two Congress members namely Rajeev Ratan and Ravi Prakash climbed an under-construction apartment and released the balloons. By the time they released the balloons, PM Modi's chopper had left the airport. As of now, Ravi Prakash has been taken into custody while Rajeev Ratan is said to be absconding. The police are on the lookout for him.

Meanwhile, the Bharatiya Janata Party called the incident as a part of a series of deliberate attempts made to target the Prime Minister. Party spokesperson Shehzad Poonawala said, "We have already seen this in Punjab when the Channi government didn't condemn the security breach but deliberated it. We have seen Sheikh Hussain and Subodh Kant Sahay calling upon Death for the PM. Now we have the Congress workers who could have demonstrated anywhere, what if the ballons came in with explosives, what would have happened to the PM. You can hate a person but why hate the PM's position."

Questioning the high command of the grand old party, Poonawala further said, "Has Sonia Gandhi and Rahul Gandhi ever taken action in any of these cases? No. In fact, they promoted people who said they will threaten the PM and therefore this is a deliberate design of the Congress party."

READ | BJP slams Cong over PM Modi's security breach in AP; calls it an 'attempt to target him'
First Published: 4th July, 2022 18:29 IST
SUBSCRIBE TO US