Jammu and Kashmir Police on Friday dismissed a claim made by the National Conference that its president Farooq Abdullah was placed under house arrested hours after chairing a meeting at the party headquarters in Srinagar. 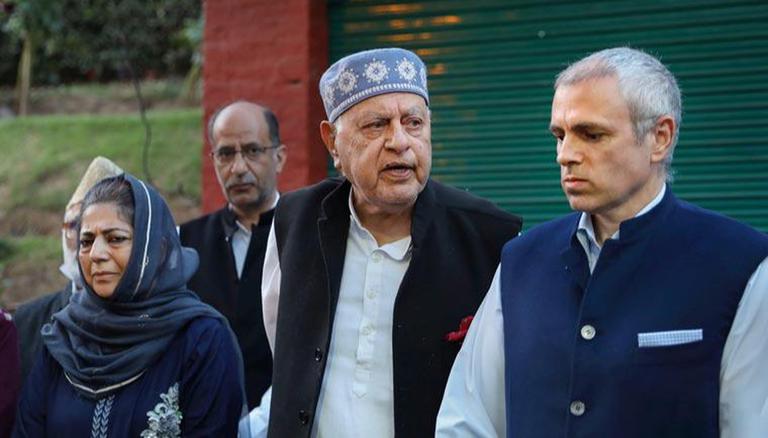 
Jammu and Kashmir Police on Friday dismissed a claim made by the National Conference that its president Farooq Abdullah was placed under house arrested hours after chairing a meeting at the party headquarters in Srinagar.

"There is fake news going that some NC and PDP leaders have been placed under house arrest in Gupkar Road. This news is completely baseless," a police spokesman said.

He was reacting to claims of the National Conference, including its vice president Omar Abdullah, that Farooq Abdullah, the Lok Sabha member from Srinagar, had been placed under house arrest.

"It seems they have to place this truck outside the gate out of some compulsion because it’s a senseless act (aside from being totally illegal). He went to the office, went for Namaz, went for a condolence visit. The truck arrived after he had nowhere else to go today. Fools!!" Omar Abdullah tweeted.

The NC spokesman had tweeted about the house arrest of the former J and K chief minister.

"Dr Farooq Abdullah has been placed under house arrest after returning from Nawai-Subha where he had earlier presided over a meeting and said 'We will peacefully fight for our RIGHTS that were illegally, unconstitutionally and undemocratically snatched from us on August 5, 2019'," he said.

However, the police spokesman said additional security personnel were deployed at certain places on Gupkar Road in view of "certain inputs of a terror attack".

"Ms Mehbooba Mufti visited her party headquarters around noon time and Dr Farooq Abdullah visited Hazratbal shrine and his friend in Shalimar in the afternoon. Media friends are advised to verify news from authorities before circulating (them). JKP is a fully professional police force and is well aware of its duties," he said.

The police spokesman also posted the latest photographs from outside the residences of Abdullah and Mufti which showed no presence of security vehicles.