A day after WB CM Mamata Banerjee asserted that "there is no UPA anymore", poll strategist Prashant Kishor broke his silence on who will lead the opposition. 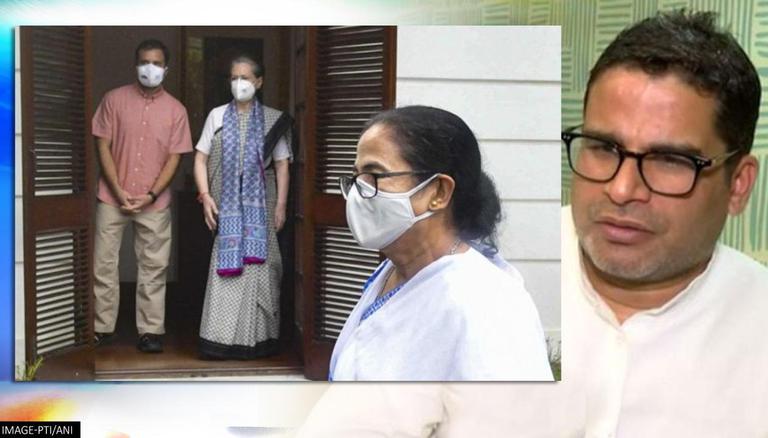 
A day after WB CM Mamata Banerjee asserted that "there is no UPA anymore", poll strategist Prashant Kishor broke his silence on who will lead the opposition. While acknowledging that the idea which Congress stands for is imperative for a strong opposition, he took a veiled dig at Wayanad MP Rahul Gandhi. Pointing out that the Sonia Gandhi-led party had lost over 90% of elections held in the last 10 years, Kishor contended that the leadership of the party was not the "divine right" of any individual.

This remark assumes significance as speculation was rife about his joining Congress after holding multiple meetings with the former Congress president. Taking to Twitter, the IPAC co-founder opined that the opposition leader should be decided in a democratic manner. Kishor, who had publicly announced his decision to quit the political strategy space after helping TMC get re-elected in the West Bengal Assembly polls, is believed to be playing a key role in the party's nationwide expansion.

The IDEA and SPACE that #Congress represents is vital for a strong opposition. But Congress’ leadership is not the DIVINE RIGHT of an individual especially, when the party has lost more than 90% elections in last 10 years.

Thereafter, she visited Delhi and met various opposition leaders including Congress president Sonia Gandhi. In an attempt to expand its base across the country, TMC has increased its political activities in Tripura and Goa aimed at emerging as an alternative to Congress. However, the party has riled Congress in the process by inducting many of its leaders such as Sushmita Dev, Abhijit Mukherjee, Kirti Azad, Ashok Tanwar and former Goa CM Luizinho Faleiro. Incensed by the growing political capital of the Mamata Banerjee-led party, Congress recently accused TMC of indirectly helping BJP by dividing the secular votes.

Commenting on Congress during her Mumbai visit on Wednesday, the TMC supremo said, "They cannot take the decision (of forging an alliance). They just waste time and allow BJP to be more and more powerful. And that is the TRP of BJP. We will not allow that. We are watching for 6-8 years. Till somebody is not coming out openly, then somebody has to bell the cat. I am a simple worker. But I want to see that BJP is out from this country politically. We are not contesting in UP. Why? Because we want that there should be no division (of votes). But if Congress is contesting against me in Bengal, can't I contest in Goa?"

WE RECOMMEND
'Mamata touring Mumbai temples to wash her sins, no BJP leader will meet her': Dilip Ghosh
CM Mamata Banerjee to visit Mumbai in December ahead of 2022 Bengal Global Business Summit