Telangana CM KCR on Sunday met political strategist Prashant Kishor in Hyderabad to have a discussion on the upcoming Presidential election. 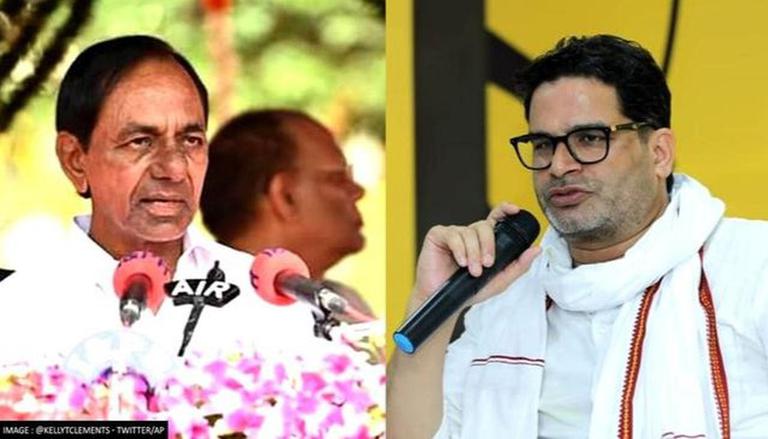 
Telangana Chief Minister K Chandrashekhar Rao on June 12 met political strategist Prashant Kishor in Hyderabad to have a discussion on the candidates for the upcoming Presidential election, as well as the Telangana Rashtra Samithi's (TRS) national party rollout. As per sources, several other key TRS leaders were also present in the meeting.

Sources have also informed that the TRS is scouting for a role in the next Presidential polls from the opposition. It is being learnt that Kishor acted as West Bengal Chief Minister Mamata Banerjee's emissary.

Earlier, Republic Media Network had learnt that Andhra Pradesh Chief Minister Jagan Mohan Reddy-led YSRCP will support the National Democratic Alliance (NDA) candidate for the 2022 Presidential Elections. As per sources, communication has already happened between the two sides and CM Jagan Mohan Reddy has assured NDA of its President pick. This could very well allow the BJP-led alliance to sail through the elections.

YSRCP's value of MP-MLA votes stands at about 80,000 and NDA, besides its own decisive number, requires just 2,000 votes to sail through halfway mark. With YSRCP's likely support, this will be the most decisive shift in favour of the NDA in the Presidential Elections next month.

Meanwhile, sources have informed Republic TV that the Congress, Trinamool Congress (TMC), Aam Aadmi Party (AAP), and the Shiv Sena have given a nod to Nationalist Congress Party (NCP) supremo Sharad Pawar's name as the Opposition's Presidential candidate. Republic Media Network has also learnt that Union Defence Minister Rajnath Singh will be speaking to TMC, NCP, and AAP between June 13 and June 14 to present the government's side ahead of the elections. The Bharatiya Janata Party (BJP) has authorised its National President JP Nadda and Defence Minister Rajnath Singh to consult with other political parties on presidential polls.

The duo will interact with the ruling National Democratic Alliance (NDA) and Opposition United Progressive Alliance (UPA) constituents, besides other parties on the presidential elections. The BJP's counter candidate is awaited.