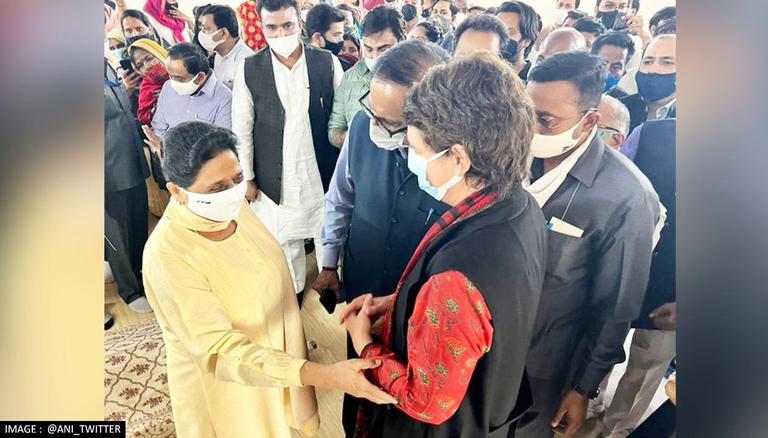 According to the BSP statement release, Ramrati, 92, died at a hospital in the national capital where she was undergoing treatment. The release further said that Mayawati left for Delhi immediately after receiving information about her mother's demise. It was also mentioned that Mayawanti's father Prabhudayal passed away at the age of 95 about a year ago.

BSP leaders and workers offered condolences on the death of the party president's mother and prayed for peace to the soul.

Yogi Aditynath and others offer condolences

CM Adityanath wrote on Twitter, 'The demise of Smt. Ramrati, the revered mother of former UP chief minister and national president of BSP Ms. Mayawati is extremely sad. May Lord Shri Ram grant the departed soul a place at his feet and give strength to the bereaved family to bear this loss.'

While SP chief Yadav, in a tweet, condoled the death of Mayawati's mother and prayed for peace to the departed soul.

Earlier, BSP president Mayawati had declared that her party will contest all elections “small and big” on its own in the future, signalling the end of the much-discussed Bahujan Samaj Party-Samajwadi Party alliance forged for the Lok Sabha elections. This announcement was made after she held a meeting with party workers to review the BSP’s performance in the recent Lok Sabha polls.

She had tweeted,  'Everyone is aware that forgetting everything of the past as also the anti-BSP and anti-Dalit decisions like reservation in promotions and bad law and order during the SP rule in 2012-2017, BSP adhered to the gathbandhan dharma with the Samajwadi Party in the interest of the country.'