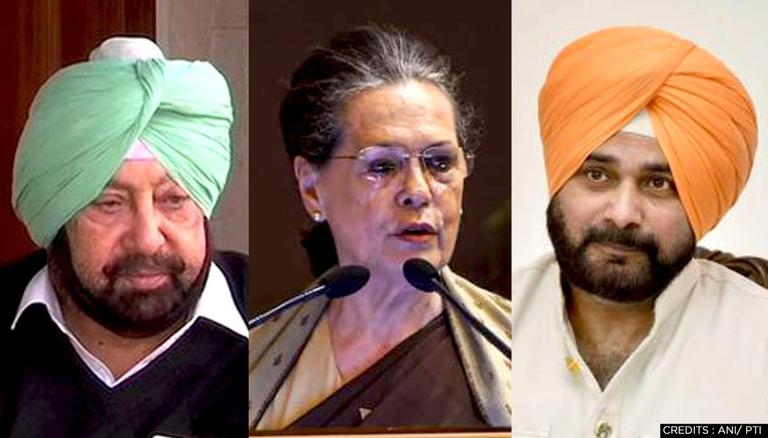 
Amid the Congress infighting in Punjab as CM Captain Amarinder Singh and Navjot Singh Sidhu are at loggerheads, seven MLAs and three ministers met CM Amarinder at his residence on Friday. The strategy for the assembly elections due next year was discussed in the meeting. This comes even as the Congress' principal rival in Punjab, the Shiromani Akali Dal, is likely to finalise its first alliance for the upcoming polls on Saturday by allying with Mayawati's Bahujan Samaj Party (BSP).

Interestingly, few MLAs who had opposed Captain Amarinder's leadership were also part of the meeting, indicating that the CM is seemingly able to manage the grievances of the disgruntled MLAs. The meeting is seen as an attempt by Captain Amarinder to garner the support of MLAs and ministers before the top Congress High Command arrives at any conclusions on the internal tussle in the state Congress.

While speaking with ANI, MLA Ajit Inder Singh Mofar expressed confidence in the leadership of Captain Amarinder and said that he will remain the face of Congress for the 2022 assembly elections.

"We met the CM and he assured us that pending works will finish soon. CM is doing a good job. Captain Amarinder Singh is the only face for 2022 (assembly) elections," MLA Ajit Inder Singh Mofar said.

Navjot Singh Sidhu to be Deputy CM? Apparently not

Meanwhile, the Congress top leadership has decided to let Captain Amarinder Singh continue as the Chief Minister. While maintaining that the seniority of CM Captain Amarinder Singh, who spearheaded Congress to victory in the 2017 Punjab elections, has to be respected, Priyanka Vadra had allegedly also called Sidhu to Delhi and assured him that his growing popularity will be rewarded. However, it is unknown what Sidhu's thoughts are on this, as he certainly hasn't thrown his lot in with the Congress and Captain Amarinder, with daily poster wars being waged between the two leaders and their family members also sniping at each other.

The three-member panel set up to end factionalism in the Punjab state unit of Congress submitted its report to Congress party chief Sonia Gandhi on Thursday, suggesting a revamp of the state unit to accommodate all sections, according to PTI. The panel has suggested that all castes, regions and religions be accommodated in the revamped party unit. The final decision was expected to be taken on Friday as interim party chief Sonia Gandhi was said to hold a meeting with the panel members, but it is unclear if this has transpired.

As per sources, in its recommendations to interim Congress chief Sonia Gandhi, the panel led by Rajya Sabha MP Mallikarjun Kharge has highlighted that Sidhu is important for the party but he cannot be given the top-most post in the state. Moreover, the committee has recommended two Deputy CMs for Punjab, with one of them likely to be Navjot Singh Sidhu, though again, it is thought that this may not turn out to be the case given Sidhu's unwillingness to serve under Captain Amarinder. According to PTI citing sources, Sidhu has also demanded the post of PCC chief, but the CM is opposed to this idea; however, the CM has no objection to Sidhu joining the cabinet.