Punjab CM Charanjit Singh Channi said that the farmers need to stay aware till the farm laws are formally repealed as just an announcement has been made. 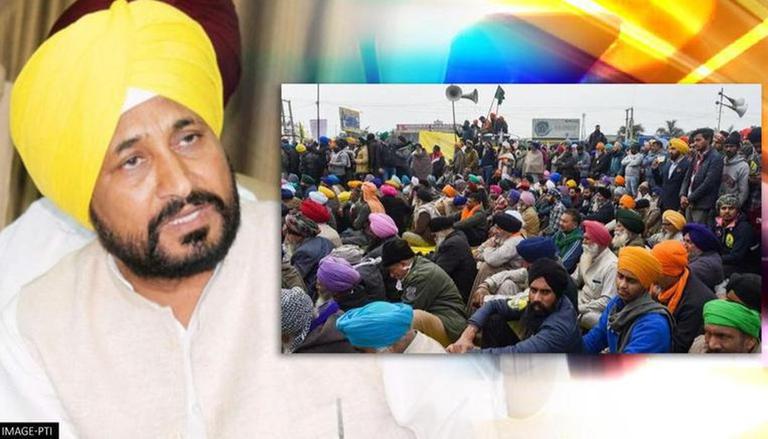 
Cautioning farmers regarding the Centre's decision, Punjab Chief Minister Charanjit Singh Channi said that the farmers need to stay aware till the farm laws are formally repealed as Prime Minister Narendra Modi has just made the announcement and no action has been taken in the matter as of yet. His remarks came after PM Modi on Friday made the announcement regarding the Centre's decision to repeal the three agrarian laws which have remained the center of protest for farmers for over a year now.

Channi who was speaking after laying the foundation stone of a sugar mill in Gurdaspur remarked, "Prime Minister Narendra Modi has just made an announcement regarding repealing of farm laws and Punjabis especially farmers need to be cautious until the farm laws are formally repealed." The Punjab Chief Minister had earlier alleged a conspiracy being hatched in the Union Cabinet to disturb the progress and prosperity of Punjab and further accused the BJP leaders of being a part of it.

"The repealing of laws is baseless until the guarantee of minimum support price for crops is not given. The Punjabis must not sit idle but have to be extra vigilant until the entire process is completed", he added.

Chief Minister Charanjit Singh Channi also raised questions on the leaders who are celebrating the decision and asked them to explain the reason to rejoice as the state has lost more than 700 sons and daughters during the struggle and it is shameful sacrificing the people based on political interests.

Shiromani Dal leaders are the "chief architect" of the farm laws: Punjab CM

Punjab CM Charanjit Singh Channi went on to excuse the Shiromani Akali Dal for being the "chief architect" for bringing the farm laws saying that they initially brought s similar kind of bill in the Punjab assembly after which the same steps were taken by the union government. "Elite and unholy nexus of politicians across party line had excluded power from common man to 'loot' Punjab", he added.

Further slamming the Akali Dal leaders, he said that the tables have now turned and the power is now with the common man.

Meanwhile, Channi also dedicated a state-of-the-art building of the newly constructed sub-tehsil complex in Amritsar and said that the role of religious organisations has always remained commendable in the state's development. Further expressing his gratitude to Radha Soami Satsang Beas, he said that the infrastructure will now benefit more than 7,000 people from 30 villages.