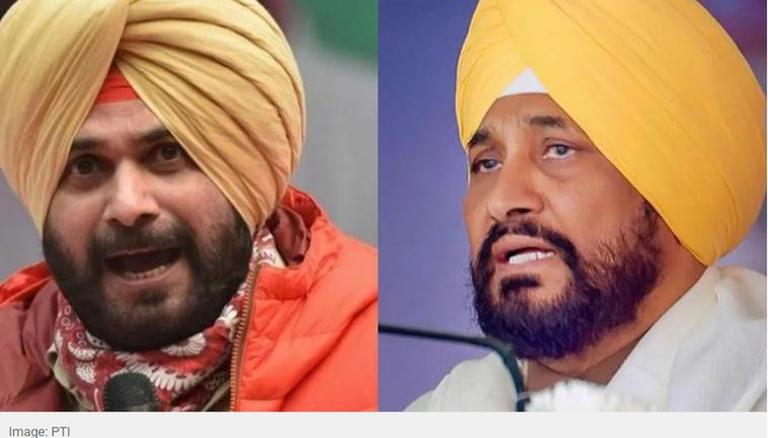 
Intensifying the infighting and factionalism within the Indian National Congress, Punjab Congress chief Navjot Singh Sidhu lashed out at his own party and accused the CM Charanjit Singh Channi-led regime of "making false promises."

The rift between Sidhu and CM Channi intensified on Monday after the latter refused to accept the resignation of Advocate General Amar Preet Singh Deol. His ouster was one of the main demands put forth by Sidhu for a possible rapprochement with the party's top brass after being ignored for the CM's post.

Speaking at the Samyukta Hindu Mahasabha, the Punjab Congress chief said, "Give people 'lollipops' in the last two months. The question is from where they'll (CM Channi-led government) give it? Is the objective just to form govt by telling lies & making false promises? The way of Punjab's welfare comes from a roadmap."

READ | Amarinder hits back at Sidhu; says 'you have knack of putting your foot in your mouth'

...Give people 'lollipops' in the last two months. Question is from where they'll (govt) give it? Is the objective just to form govt by telling lies & making false promises? Way of Punjab's welfare comes from a roadmap: Punjab Congress Chief Navjot Singh Sidhu (01.11) pic.twitter.com/RxxG1C1oWY

Further, Sidhu added, "There has been a debt of Rs 5 lakh crore on Punjab. If people think this debt will be repaid by the govt, they are mistaken. The burden will be borne by the people. If treasury is overflowing, why do they not increase the salary of teachers to Rs 50,000 per month?"

On September 30, Navjot Sidhu accepted Charanjit Singh Channi's offer for talks and held a long discussion with him at the Punjab Bhawan. The then AICC Punjab in-charge Harish Rawat expressed hope on October 1 that the crisis will end soon and claimed that "Sidhu says a lot of things in emotion". After Sidhu met former Congress president Rahul Gandhi on October 15, Rawat declared that the former has withdrawn his resignation.

The Congress has been in firefighting mode ever since Sidhu was appointed the PPCC chief, much to ex-CM Captain Amarinder Singh's dismay. After Amarinder Singh's resignation paved the way for Charanjit Channi, the first Dalit Sikh CM of Punjab, a similar sight was witnessed as Sidhu attempted to dictate terms, including key appointments in the Punjab administration. Tensions between Sidhu and the new CM surfaced after reports claimed that he was miffed over the appointment of Channi, with his camp backing for a 'Jatt Sikh' as a CM face. Thereafter, he raised his objections to the induction of Rana Gurjeet Singh into the Cabinet.

With the news of Captain Amarinder Singh floating his own outfit and hinting at an alliance with the BJP, the instability in the Punjab Congress could strongly backfire for the party ahead of the 2022 polls.