PPCC president Amarinder Singh Warring lashed out at the leaders who left the Punjab Congress on Saturday to join the saffron brigade for greener pastures. 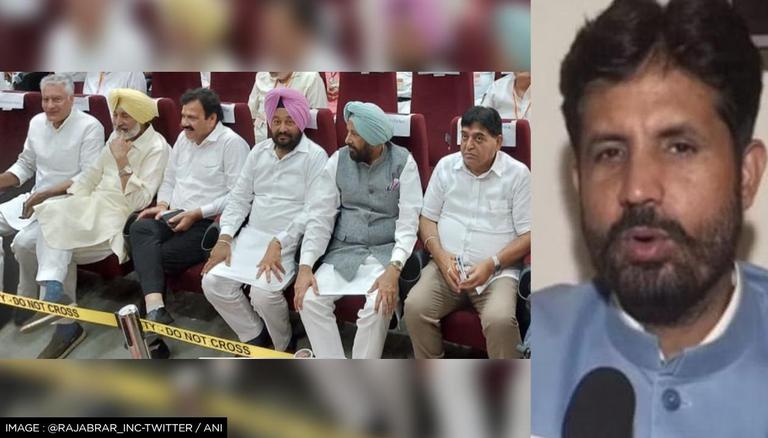 
PPCC president Amarinder Singh Warring lashed out at the leaders who left the Punjab Congress on Saturday to join the saffron brigade. Warring said the turncoats owe their current stature to Congress, which groomed them like a mother, but when it was their turn to reciprocate, they moved to “saffron pastures.”

“Scared, they apparently wanted safe, secure political asylum, somewhere and the BJP provided it”, Warring said after its top leaders joined the BJP.

“They owe their current stature, that qualified them for the new political asylum to the Congress, which groomed them like a mother grooms her children”, he said. “And when it was their turn to reciprocate, they betrayed their mother for greener, nay, saffron pastures”, he alleged.

Amarinder Warring said while the loss of any leader is felt by the party, it also creates opportunities for loyal, young leaders, whose progress otherwise gets blocked.

The Punjab Congress president said, “best of luck for joining the BJP… grateful that the elite who enjoyed all the privileges in the party have vacated the space for younger leadership from common background”.

He pointed out that many of the leaders who deserted the Congress had got all the privileges, with their family members occupying prestigious and powerful positions at the cost of other loyal and hardworking leaders.

Alleging that turncoats were gripped by some fear for reasons “not publicly unknown”, he said, “hope you all now feel safe and secure in your new saffron pastures as you were obsessively stressed and scared for the reasons best known to you and not publicly unknown, either.”