The order signed by the ADGP, Security of Chandigarh mentions a list of 20 names of advisors and OSDs to former Punjab CM Captain Amarinder Singh. 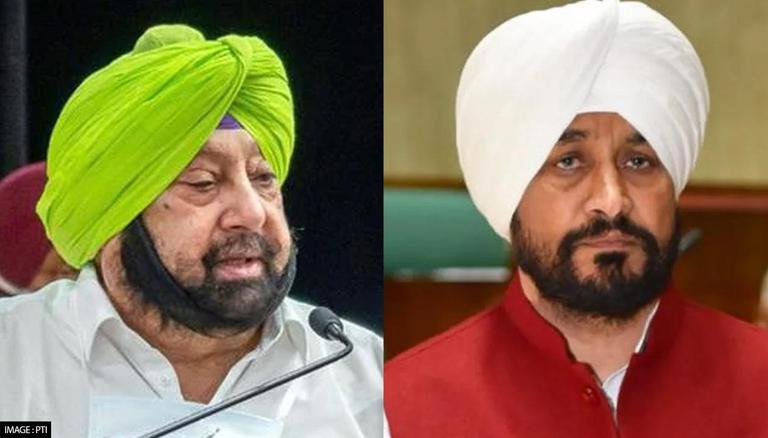 
The Punjab Government on Wednesday issued an order withdrawing the security deployed to former Chief Minister Captain Amarinder Singh's close associates and OSDs. The order signed by the ADGP, Security of Chandigarh mentions a list of 20 names of advisors and OSDs to Captain Amarinder Singh who had been provided positional security under his tenure as the CM.

"Since the following officials who were provided positional security, are no longer holding any official position now. All security personnel deployed with them will be withdrawn immediately," the order read.

The government has also asked for a compliance report to be sent to the office by September 29. "Any personnel who fail to report by given time be marked absent and further departmental action be initiated accordingly," the order states. 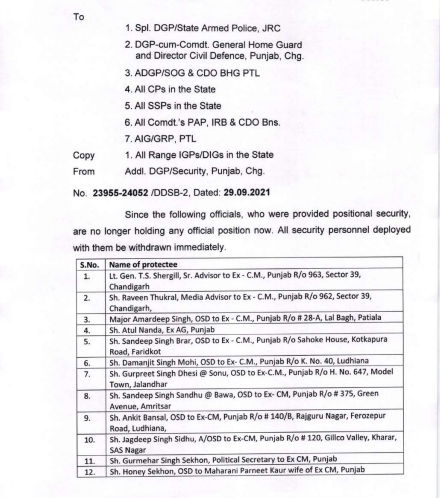 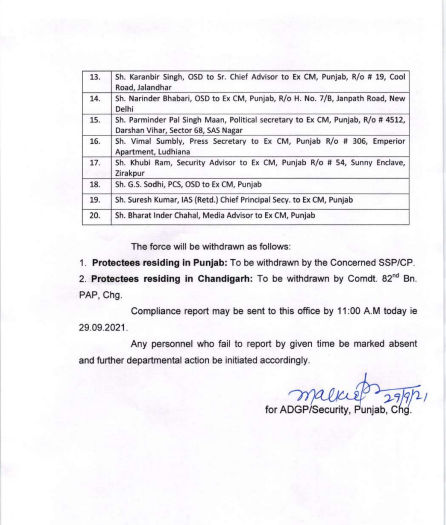 Months after infighting and 'humiliation' at the hands of PPCC chief Navjot Singh Sidhu and his aides, Punjab Chief Minister Captain Amarinder Singh tendered his resignation along with that of his Council of Ministers, to the state Governor Banwarilal Purohit. The following week, Congress High Command's pick 58-year-old Charanjit Singh Channi took oath as the 16th Chief Minister of Punjab.

Now in the latest stir, Navjot Sidhu has announced his resignation as the PPCC chief citing that "the collapse of a man's character stems from the compromise corner". Efforts are underway to placate Sidhu with the possibility of Congress general secretary Priyanka Gandhi Vadra talking to him. On the other hand, reports of Congress mulling a new Punjab Congress president have also emerged. Lok Sabha MP Ravneet Singh Bittu and MLA Kuljit Singh Nagra are reportedly in the race for this role.