In a statement, Arora said Mann had a pre-confirmed event and had hence deputed him instead to receive and welcome the President. 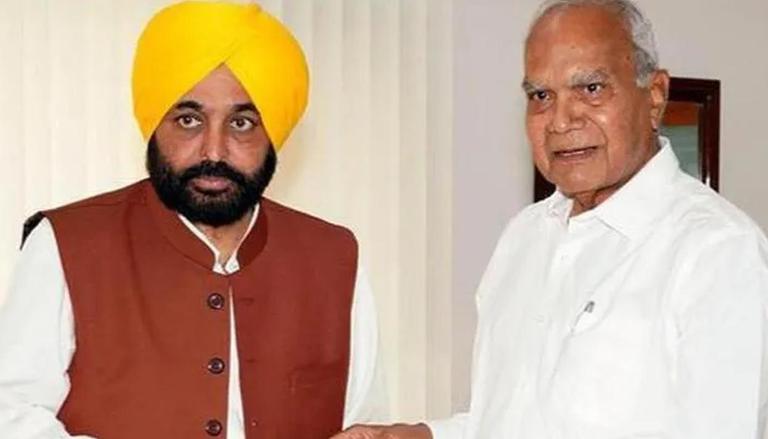 While welcoming Murmu at the Raj Bhavan, the governor noted Mann's absence from the event.

Purohit said he had invited Mann for the civic reception. "He (Mann) had even accepted it. He may have some compulsions," the governor said.

According to Purohit, Mann instead sent a representative.

"No matter how occupied one is, I feel it is important to fulfill one's constitutional responsibility," he asserted.

Cabinet minister Aman Arora, who attend the event, reacted sharply to Purohit's statements and said it was unfortunate that the governor raised a "political issue" from the Raj Bhavan stage.

In a statement, Arora said Mann had a pre-confirmed event and had hence deputed him instead to receive and welcome the President.

Arora said five other cabinet ministers and all senior bureaucrats attended the event.

"However, the honourable governor made these unfortunate remarks against the chief minister," he said and asked Purohit to restrain from making such statements in the future.

The President was in Chandigarh to witness the Indian Air Force aerial show at Sukhna lake.

The governor and the Aam Aadmi Party government was involved in a squabble over holding a session of the Punjab Assembly.

After seeking legal opinion, the governor had withdrawn the permission to hold a special session on September 22, during which the government wanted to bring only a confidence motion in the House.

Purohit then gave his nod to hold the session from September 27, but only after the government provided him the details of the legislative business that were to be carried out.

The Punjab BJP criticized Mann for skipping the function held in honour of the President.

Punjab BJP General Secretary Subhash Sharma said it is unfortunate that Mann skipped the event and asked the chief minister to understand his constitutional responsibility.