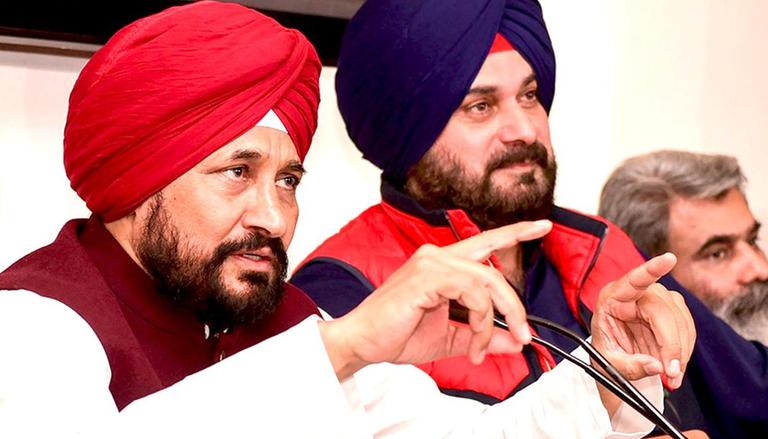 
The crisis in Punjab Congress continued unabated as Navjot Sidhu again took potshots at the state government demanding financial accountability and transparency. This comes nearly a week after the Charanjit Singh Channi-led Cabinet approved an amendment to the Punjab Fiscal Responsibility and Budget Management Act, 2003 so that it can avail the benefit of the Normal Net Borrowing Ceiling of 4% of the projected Gross State Domestic Product in 2021-22. Highlighting that Punjab is the most indebted state in India, Sidhu claimed that debt accounts for 50% of the state GDP.

Flagging that half of Punjab's expenditure is funded by expensive debt, he argued against attempts to divert attention from "real issues". The former swashbuckling cricketer also called upon the Congress government to reveal the source of funds for every new scheme and stressed the need to make public the state's fiscal health every month. In a veiled dig at Channi, he hinted that the taxes were not being routed back to people in the form of development.

Punjab Congress president Navjot Singh Channi remarked, "Borrowing is not the way forward! Taxes should not go to settle debt but go back to the people in the form of development. Solution-oriented model is to stop theft of State’s resources, fill up public exchequer and create a Welfare State through income generation."

Today Punjab is the most indebted state in India. Debt accounts for 50% of State GDP. Half of our expenditure is funded by expensive debt. Lets not derail from real issues to which every Punjabi & party worker demands solution, because there's #PunjabBeyond2022#HaqiqatPunjabDi

Earlier, Navjot Sidhu had expressed dissatisfaction over APS Deol's appointment as the Advocate General because the latter had appeared for former DGP Sumedh Singh Saini and other accused in the sacrilege cases in the Punjab and Haryana High Court. On November 6, Deol released a statement accusing Sidhu of obstructing the functioning of the government. He alleged that the Punjab Congress president was spreading "misinformation" about sacrilege cases and the drugs matter to gain political advantage over his colleagues. He also claimed that the constitutional office of the AG was being targeted to malign Congress in view of the polls.

Throwing weight behind his legal team, Charanjit Singh Channi asserted, "Our lawyers have fought hard and got permission for interrogating Dera chief Gurmeet Ram Rahim in sacrilege cases. Our guru's issue will be solved soon. The drugs matter is a serious matter of our state. The sealed reports on the drugs case which has been submitted to High Court will hopefully open on November 18. People who ruined Punjab have to answer". However, Sidhu continued his diatribe against the state government by questioning its inaction in the sacrilege cases and the drugs menace.

Taking a U-turn on November 9, the Punjab CM announced that a new AG, as well as DGP, will be appointed soon. The former swashbuckling batsman's presence in the press conference is being perceived as an indication that the Congress high command has managed to broker a temporary truce between the two leaders. However, the Sonia Gandhi-led party faces a tough task in the 2022 Punjab Assembly polls with the Shiromani Akali Dal, Punjab Lok Congress and AAP seeking to make inroads.