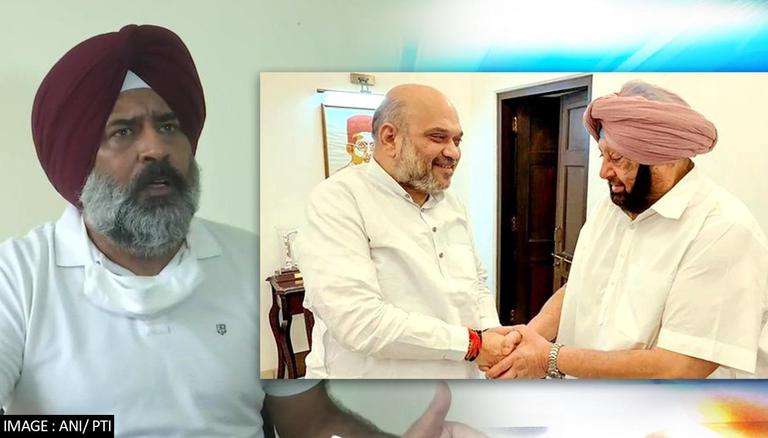 
Taking a political jibe at ex-Punjab CM Capt Amarinder Singh, minister Pargat Singh on Thursday questioned the intention of the ex-Congressman as he supported the Centre's enhancement of BSF's operational mandate in Punjab. Pargat Singh alleged that Capt. Singh was always handed in glove with BJP to drag Punjab towards the governor's rule. Capt Amarinder Singh was made to resign as Punjab CM over his tussle with Punjab Congress chief Navjot Singh Sidhu.

"What does Capt want to prove? We always revealed that he is close to BJP. Capt is hand in glove with BJP to drag Punjab towards governor rule. We appeal union home minister not to put Punjab into any problem again," said Pargat Singh.

Echoing his sentiments on the ex-CM, Congress leader Rashid Alvi said, "I don't know what he is saying. But would Amarinder Singh ji want that the BSF to conduct search operation in the golden temple? This (Modi govt) govt is anti-minority".

On Wednesday, the Centre amended the BSF Act to authorise the force to undertake search, seizure and arrest within a larger 50 kms stretch, instead of the existing 15 kms, from the international border in Punjab, West Bengal and Assam. In Gujarat, that shares border with Pakistan, the same limit has been reduced from 80 kms to 50 kms while in Rajasthan the limit has been kept unchanged at 50 kms. Rajasthan and Punjab also share fronts with Pakistan while Assam has an international border with Bangladesh. However, in five northeastern states - Tripura, Mizoram, Meghalaya, Nagaland, and Manipur - the guarding organisation's jurisdiction has been reduced to 60 kms from 80 kms.

According to the notification, an officer of the rank corresponding to the lowest ranking member of the BSF has been empowered under the Code of Criminal Procedure (CrPC) to excise and discharge powers and duties without a warrant or order from a Magistrate. Now, the officers have been empowered to arrest the suspect or any person against whom a complaint has been made or reliable information has been received. The BSF can also conduct a search at a place entered by a suspect.

Bristling at this overlapping of powers, Punjab CM Charanjit Singh Channi called it a 'direct attack on federalism' and urged Union Home Minister Amit Shah to roll back the 'irrational' decision. On the other hand, ex-CM Capt Amarinder Singh stated that the BSF's enhanced presence only makes India stronger. 'BSF’s enhanced presence & powers will only make us stronger. Let’s not drag central armed forces into politics,’ tweeted the ex-CM.